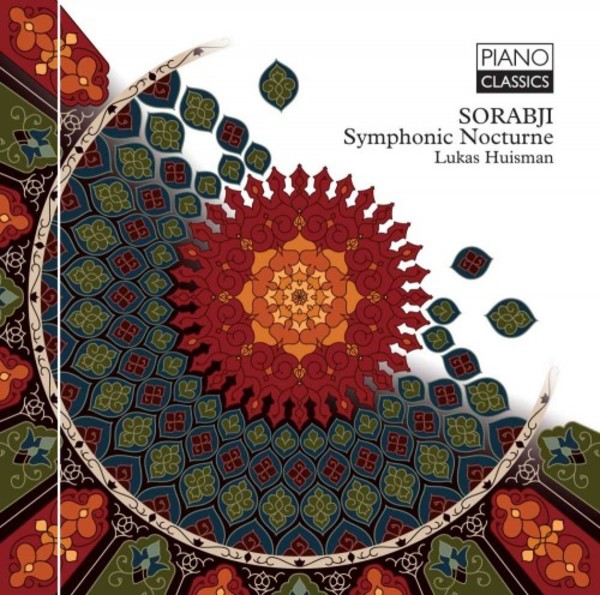 Khaikosru Sorabji (1892‐1988) is one of the most enigmatic and controversial 20th century composers. Largely self‐taught he chose his own way, never fitting into any school or movement. His style is highly idiosyncratic, inspired by late-romantics like Busoni and Szymanowski. Characteristic for his piano music are the enormous proportions and textural density of his works, some of them lasting several hours in performance, taxing the performer and audience to the utmost.

This new 2‐CD set presents the first recording of Sorabjis Symphonic Nocturne. Its style is free and improvisatory, featuring many expansive and virtuoso passages. As the interpreter Lukas Huisman says in the booklet: The work is like a musical evening walk during which the composer invites us to wander around between musical ideas, reminiscences and associations. And not all nightly thoughts are peaceful or quiet ones.

Belgian pianist Lukas Huisman (born in 1987) specialises in the performance of seldom played contemporary piano music, by among others Ferneyhough, Finnissy, Xenakis, Messiaen, and Sorabji. His grasp on these complex works is remarkable, his technical command astounding and his musical intuition spot-on.

Huisman started his piano career attending two years of private lessons with Sofie Schietecatte. Afterwards he enrolled into the Ghent Music academy where he studied with Rolande Spanoghe, graduating with highest distinction. He studied with Daan Vandewalle at the Ghent Faculty of Music, where he also graduated with highest distinction. Lukas mainly performs contemporary music, with particular attention to the little‐known composer Kaikhosru Shapurji Sorabji. This has brought him into contact with various performers of Sorabjis work and he has worked on several international projects, aimed at making the manuscripts of this little‐performed composer more accessible. This has already resulted in the publication of such scores as 100 Transcendental Studies, 104 Frammenti aforistici, Opus secretum, 4 Frammenti aforistici, and the Symphonic Nocturne.