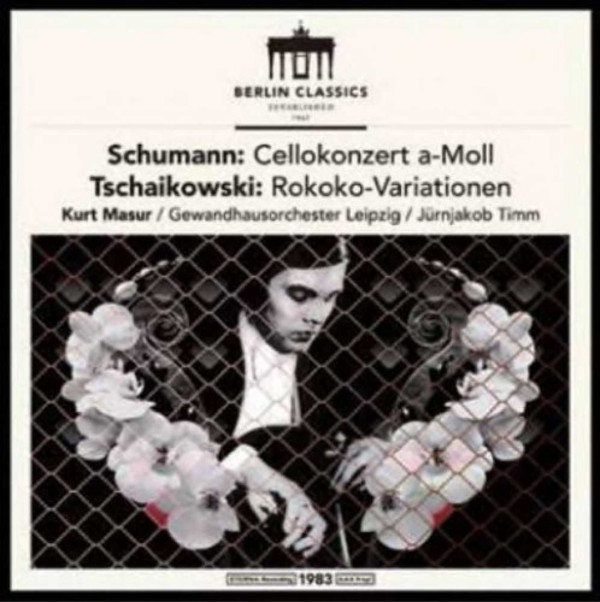 Jürnjakob Timm was for many decades principal solo cellist with the Gewandhaus Orchestra of Leipzig and is today a member of the Gewandhaus Quartet. The cellist has performed as soloist with orchestras in Germany, other European countries, Japan, South America and the USA. In the course of numerous concert tours with the Gewandhaus Orchestra he played cello concertos of the Classical, Romantic and modern eras under the baton of Kurt Masur. The present recording was the first orchestra recording by Jürnjakob Timm for the classical Eterna label. Together with Kurt Masur, the Gewandhaus Orchestras director for many years, he recorded two standard works for cello and orchestra in the Paul Gerhardt Church in Leipzig in 1983: Schumanns Cello Concerto in A minor and Tchaikovskys famous Rococo Variations.

December 2015 was marked by the death of the long-serving principal conductor of the Gewandhaus Orchestra and artist of world renown Kurt Masur. He won over his critics in the course of his long life as a personality distinguished by his bearing, which surpassed music, and as a conductor whose ever more finely nuanced pragmatism of interpretation made the language of the orchestra intelligible, comprehensible, tangible. He was thus a maestro with the human touch, who could move people profoundly. - Ralf Dombrowski, Der Spiegel