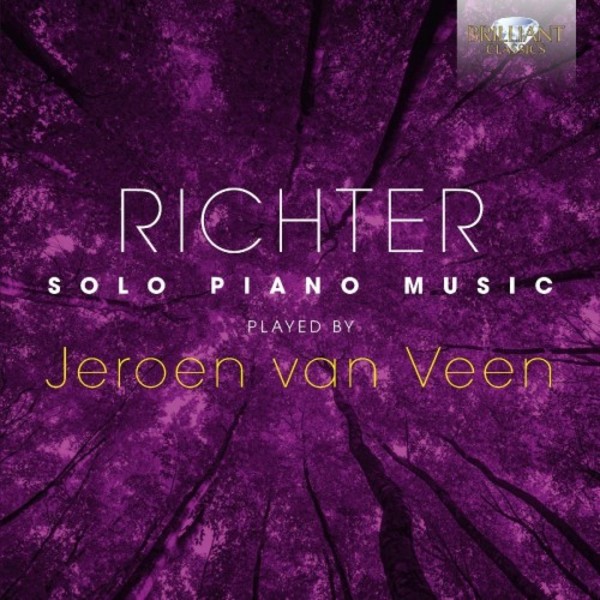 Having made a gradual switch during the 15 years since his first album was published from electronica to instrumental variations on ambient and minimalism, Max Richter is among the most commercially successful composers of our time. This album of his solo piano music belongs in the genre explored so thoroughly for Brilliant Classics by Jeroen van Veen, whose prolific recording history includes hugely popular albums of Philip Glass (BC9419) and Michael Nyman (BC95112), Ludovico Einaudi (BC94910) and Yann Tiersen (BC95129) and his fellow Dutch musician Jakob ter Veldhuis (BC94873) and himself (BC9454). The appetite for slowly moving, unchallenging, post‐Minimalist music is apparently infinite, and so this new album is sure to be a success.

Born in 1966, Richter has in the last few years achieved international fame with his recomposed version of Vivaldis Four Seasons, which topped the iTunes chart in the UK, the US and Germany. Then in 2015 came the record‐breaking Sleep, an eight‐hour cradle song which like the Vivaldi mixed live and pre‐recorded, electronic and acoustic sounds, to induce and accompany deep slumber.

The songs on this album are all shorter, though sharing the somnambulistic mood of Sleep. Vladimir's Blues featured on a BBC documentary series about the deep sea, while The Twins (Prague) was used in a series on Auschwitz, The Nazis and the Final Solution. As Richters own programme notes explain, the music is for beginners, based on classical Alberti‐style bass figures.

Several tracks derive from his albums The Blue Notebooks and Songs from Before; H in New England is extracted from the incidental music written by Richter for the film Henry May Long.