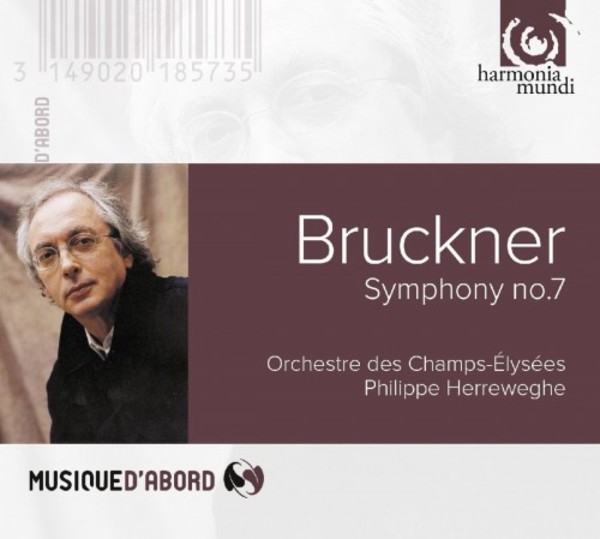 120 years after its premiere at Leipzig (under the baton of Arthur Nikisch), Philippe Herreweghe provided an opportunity to rediscover the Seventh Symphony played on period instruments. This work was the first to bring Bruckner success beyond the borders of Austria and was never subsequently revised. By dedicating his score to Ludwig II of Bavaria, the composer was also relishing a calculated insult to the Viennese press, still resolutely hostile to his music

a wonderfully flexible account of Bruckner's most lyrical work, with a democratic balance between transparent strings and never-overpowering wind that fits perfectly with Herreweghe's care to keep the music moving and supple at all times. - Andrew Clements, The Guardian, 3 September 2004

a highly successful and persuasive experiment. - Anna Picard, The Independent on Sunday, 5 September 2004, 4/5

the performance is essential listening and argument fodder for Bruckner lovers. This period experiment has wiped away encrusted habits and grime. - Geoff Brown, The Times, 17 September 2004

for those coming to Bruckner for the first time, this recording has a fresh natural quality which could well make converts. - Martin Cotton, Top 5CDs, BBC Music Magazine, November 2004