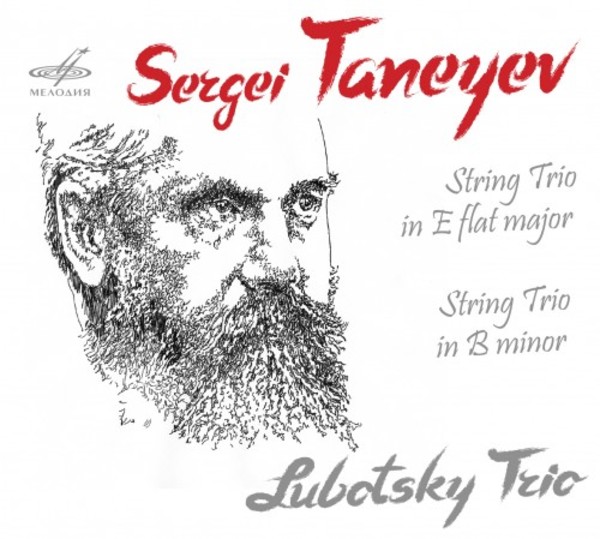 In the early 20th century, they called Taneyev the  musical conscience of Moscow. Tchaikovskys best student and friend, the first recipient of the Big Gold Medal of the Moscow Conservatory, and a teacher of Rachmaninov, Scriabin and other famous composers, Taneyev proved to be an outstanding pianist, composer, educator and music theorist.

A true master of polyphonic composition and a fine ensemble performer, Taneyev devoted special attention to thematic development, vibrant voice-leading, subtle palette of strokes, and sought to find an ideal balance between the emotional and the rational in music. The chamber and instrumental genres were perhaps the ones that answered his artistic demands to the greatest extent.

Two string trios  in E flat major, op.31, and B minor (no opus)  on this album belong to the 1910s, the last period of Taneyevs life. The latter one remained unfinished and was published many years after the composers death.

Taneyevs trios are performed by Mark Lubotsky, a remarkable violinist and representative of the Russian performing school, and his trio composed of German violist Ferdinand Erblich and cellist Olga Dowbusch-Lubotsky. A graduate of the Moscow Conservatory, a student of Abram Yampolsky and David Oistrakh, and a prize-winner of the 1st Tchaikovsky International Competition in 1958, Mark Lubotsky now resides in Germany and still combines his performing career with teaching.

The recording was made in Germany in 2015, the year of the 100th anniversary of the prominent Russian composers death.