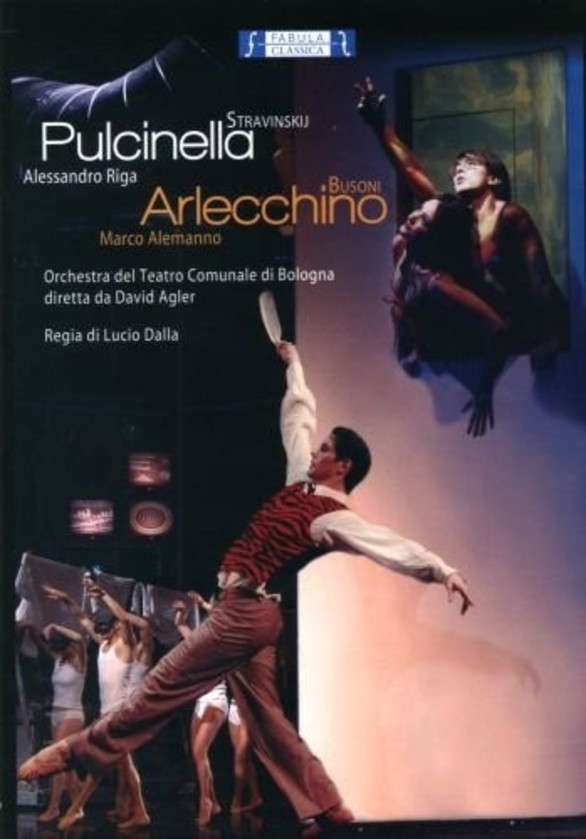 Pulcinella was an important turning point in Stravinsky's career, for it led him into the so-called neo-classical style which was to dominate his output for the next several decades. Unlike his earlier ballets, which were characterized by huge orchestras, and innovative hythms, Pulcinella is relatively simple and sparse, scored for 33 chamber players and three vocal soloists, and sticking mostly to time signatures that had been used two centuries earlier. But even though Stravinsky used Pergolesi's melodies and bass lines with little change, he managed to put his own unmistakable stamp on the ballet through his use of modern harmonies and occasional rhythmic modifications.

Arlecchino (Harlequin) is a one-act opera with spoken dialogue by Ferruccio Busoni, with a libretto in German, composed in 1913. He completed the music for the opera while living in Zurich in 1916. It is an opera written in neo-classical style and includes ironic allusions to operatic conventions and situations typical of the late 18th and early 19th centuries. It even includes a parody of a duel.