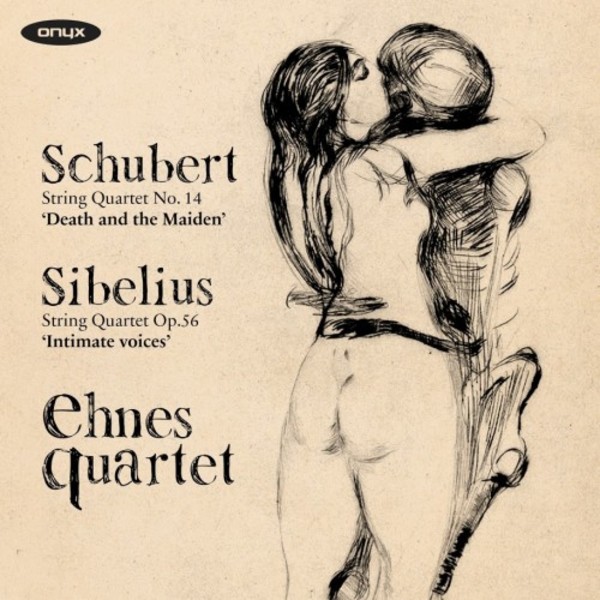 Death preyed heavily on the minds of both Schubert and Sibelius when they were composing the two string quartets on this new CD from the Ehnes Quartet. Sibelius had undergone several operations to remove a tumour in his throat. The bleak and highly personal Fourth Symphony is the masterwork from this period, but the string quartet Intimate Voices of 1908 should not be underestimated. Taut and highly concentrated, it has an almost Haydnesque construction, and the quartets first movements sheer perfection of form approaches that of the Third Symphonys opening movement.

I am the most unhappy and wretched creature in the world whose health will never be right again wrote Schubert to a friend in 1824. With his emotions veering from happy memories of earlier years to shuddering terror at the prospect of death, he composed two string quartets and the Octet over a two- month period. The D minor quartet makes ingenious use of his earlier song Death and the Maiden from 1817 in the slow movements variations. Give me your hand, you fair and gentle creature; I am a friend and do not come to punish sings Death soothingly.

... [the] pairing of these two quartets is a stroke of programming genius. On a purely superficial level the recording stands out against the sea of Death and the Maidens partnered with either more Schubert, or Beethoven. More than that though, the parallels of genesis and sensibility between the Schubert and the Sibelius run surprisingly deep: both were written by composers living under the shadow of illness and death, both are characterised by sustained emotional intensity, and neither work was bestowed its title by its composer. ...  I never would have thought of putting these two works together, but in this groups hands it has resulted in something wonderful.  Charlotte Gardner
Gramophone January 2017

From the opening chord, firm, precise, pliant, this quartet knows its collective mind when it comes to Schuberts much loved Death and the Maiden, D810. James Ehnes leads with that brilliance of technique and musical intelligence always evident in his solo career. ... The novelty is Sibeliuss only published quartet, the five-movement Intimate Voices in D minor, Op 56. Its rarely played yet sheds light on other work from that time, namely the mysterious Fourth Symphony: an intriguing discovery.  Fiona Maddocks
The Observer 20 November 2016