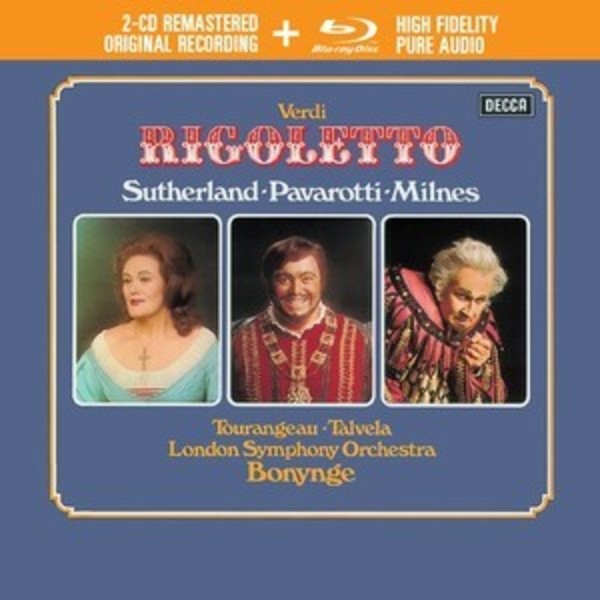 [Pavarotti] is an intensely characterful Duke: an unmistakable rogue but a charmer, too... [Sutherland] is glowingly beautiful as well as supremely assured technically. Milnes makes a strong Rigoletto, vocally masterful rather than strongly characterised. - Penguin Guide, 2010 edition

The most impressive Sparafucile on recording is [Martti] Talvela... Both his high E-flat and his low F at the end of his duet with Rigoletto are unforgettable. - Opera News, New York, 2013