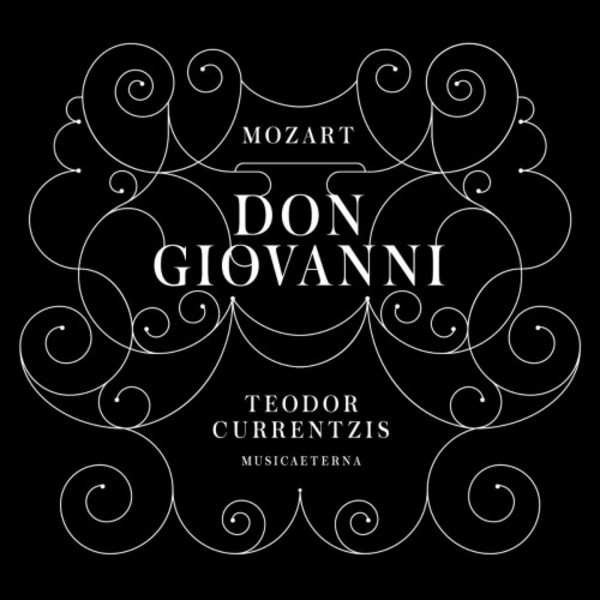 The release of Don Giovanni will complete the exceptional four-year Mozart project Sony Classical has undertaken to studio-record the three Da Ponte operas with Teodor Currentzis and his orchestra and choir MusicAeterna ("The next revolutionary sensation of classical music" - The Independent).

Now finally comes Currentziss take on the cornerstone of the Da Ponte trilogy  which everybody has been waiting for. Mozarts mighty and dark magnum opus  Don Giovanni. It promises to follow in the same vein as the previous two outstandingly received recordings Figaro and Così.

This album completes this Mozart-Da Ponte opera series by Teodor Currentzis with one of Mozarts most-loved operas, Don Giovanni. The opera that has had artists, philosophers and musicians musing down the years on the lasting significance of this work. As the Danish philosopher Soren Kierkegaard wrote in his book Either/Or: With his Don Giovanni, Mozart joins that little immortal band of men whose names, whose works, time will not forget because eternity recollects them.

On the evidence of this disorientating and sometimes shocking Don Giovanni, Teodor Currentzis is to Mozart what Emma Rice is to Shakespeare: sceptical, questioning, reinventing with bright lights and vividly colourful insights. Currentziss Russian orchestra steals the show with its incisive approach (but sack the clever-clever fortepianist). The ensemble is superbly tight, though some of the little-known cast work better than others, with Vito Priantes Leporello far more grabbing than Dimitris Tiliakos as Giovanni.  Nicholas Kenyon
The Observer 6 November 2016