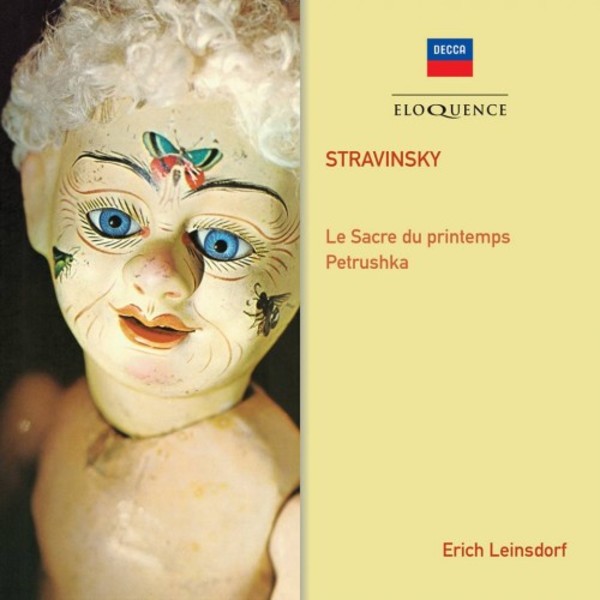 Stravinsky began work on Petrushka in the summer of 1910, shortly after the successful première of his first ballet, The Firebird. Like The Firebird, and The Rite of Spring which came later, Petrushka was written for Sergei Diaghilevs Ballets Russes. The choreographer was Mikhail Fokine, and the title role was danced by the mercurial Vaslav Nijinsky.

Nijinsky was also involved with the production of The Rite, but as the choreographer rather than dancer. The choreography, in keeping with the ballets subject matter and the composers use of dissonance and complex rhythms, made a complete break with tradition. Looking back on the tumultuous première, Stravinsky described the curtain as rising on rows of knock-kneed Lolitas. The first performance, which took place on 29 May 1913, was of course one of the most famous scandals in musical history.

Both of the Stravinsky ballet scores here recorded by Erich Leinsdorf in the 1970s were released on Deccas then super-sonic Phase 4 imprint. Deccas lurid cover for Petrushka caused a stir and is reproduced here on this Eloquence reissue  the first release on Decca CD. Thomas Rajna, solo pianist for the Petrushka recordings, has contributed his own reminiscences for this release.

always interesting, sympathetic and never forced [] and an excellent contribution from Thomas Rajna at the piano - (Petrushka) Gramophone, March 1971