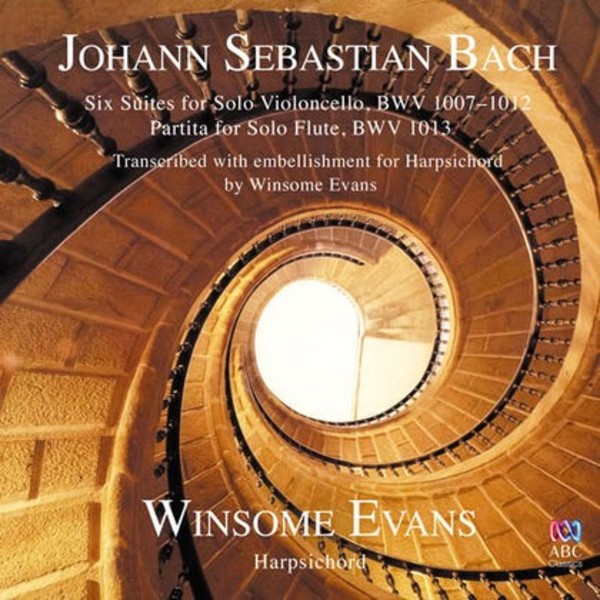 Leading early music expert Winsome Evans presents the final chapter in her ground-breaking project to transcribe and record Bachs solo instrumental works for the harpsichord, with the Six Cello Suites and the Partita for Solo Flute.

Evanss project, some 30 years in the making, is based on evidence that Bach himself played his solo instrumental works on the keyboard  including the statement of a former student that Bach often played the solo violin and cello works on the clavier, adding as much in the nature of harmony as he found necessary. The harmonies added by Evans to the solo works are inspired by methods from Bachs own time.

Quite apart from the historical justification, Evans was also motivated by a purely musical desire: It was such a temptation to expand the repertoire of Bach, and make more of his music available for keyboard players.

The first volume of transcriptions to be released  the Sonatas and Partitas for Solo Violin  has been described as a musical masterpiece by German critical magazine Klassik.

Winsome Evans is one of Australias foremost early music academics and musicians, and has made numerous acclaimed recordings with her pioneering group the Renaissance Players. She was an Associate Professor at the University of Sydney, received a British Empire Medal in the Queens Birthday Honours List in 1980, and in 1986 was awarded the Medal of the Order of Australia for services to music.