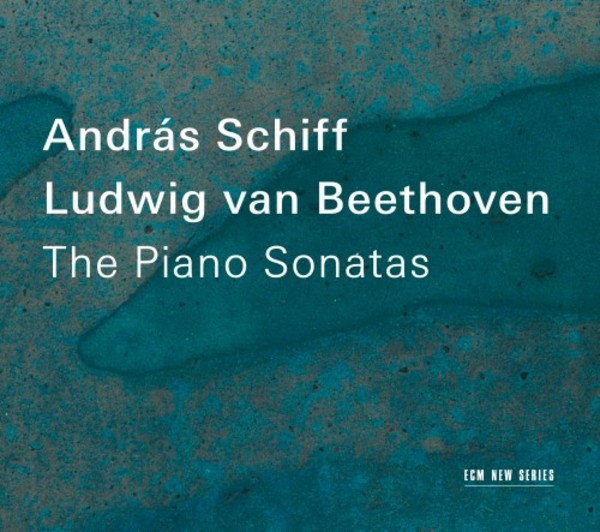 The Beethoven sonatas can be logically divided into three distinct groups: early, middle and late. To me, playing them in chronological order is most convincing and deeply satisfying. Among the thirty-two there is not one weak link. And this way the listener is able to follow the process of evolution, step by step. It is a learning experience; we are fellow travellers on a fantastic voyage. - András Schiff
This specially-priced 11-CD edition contains the complete piano sonatas by Ludwig van Beethoven, recorded live in concert at the Tonhalle in Zürich. It also includes the encores from these concerts with works by Schubert, Mozart, Haydn, Beethoven and Bach, as well as an extensive booklet, which re-collects all original conversations around the sonatas, and adds an insightful new text by András Schiff reflecting upon the Encores after Beethoven.

Taken as a whole, the set is a bit uneven: there are mighty performances of the later sonatas that sweep all before them, and accounts of some of the earlier works that seem prissy and over-manicured, with moments when Schiff could have allowed the music to flow more naturally than it does. But the collection now includes the encores that Schiff played at the original recitals. ... For those who collected the ECM sonata discs when they first came out, the encores have also been released separately; those who invest in the complete set wont have many disappointments either.  Andrew Clements
The Guardian 5 January 2017