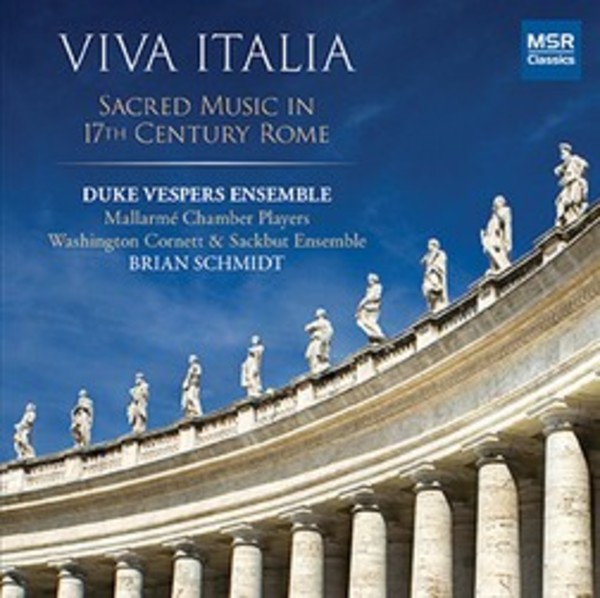 One can hardly think of music in Rome without immediately being drawn to the work of the Sistine Chapel, an institution well-known for maintaining a philosophy for the pure performance of vocal music without instruments. The Papal choir was revered throughout Europe during the Renaissance period for authoritative expertise and performance capabilities with regard to Gregorian chant and polyphonic choral music. But the decades surrounding the turn of the 17th century brought many exciting and creative developments in the composition and performance of sacred music, leading to the advent of what we now call the Baroque period.

Alongside the influential conservative practices of the Sistine Chapel, there was another creative force at work in Rome during this time. The Collegio Germanico  the Vaticans center for training German-speaking Roman Catholic priests  became one of the most famous music institutions in Europe. Though the primary goal of the seminary was rooted in the training of clergy, a sequence of significant music directors led to the dramatic growth of the music programs reputation. In 1574, the college relocated to the Palazzi di SantApollinare in Rome where they also gained leadership of the adjoining SantApollinare church. When they aligned with this church there became an obvious increase in their desire to heighten the role of music in worship. In 1575, the famous Spanish composer Tomás Luis de Victoria took over as the maestro di cappella (choirmaster) at the Collegio Germanico. Victoria had come to Rome in 1565 as a paying student and was first employed as a singer and organist, but took up the choirmaster post in 1575 after his ordination to the priesthood. From here forward, especially the next 100 years, this position would become one of the most prestigious music positions in all of Rome.

The splendour and majesty of the worship services as well as the music executed by the students under the Spaniard Tomás Luis de Victoria, as well as his successor Annibale Stabile and other celebrated masters (Annibale Orgas, Lorenzo Ratti, Giacomo Carissimi, Ottavio Pitoni, and others) consistently drew large crowds to the church.

The scope of this recording traces the evolution of musical trends at the Collegio Germanico and the manner by which they began to permeate sacred music across Europe. From Gregorian chant to Renaissance polyphony to grand-scale masterworks and intimate sacred duets, this repertoire illuminates the breathtaking depth of creativity born during this golden age of church music.