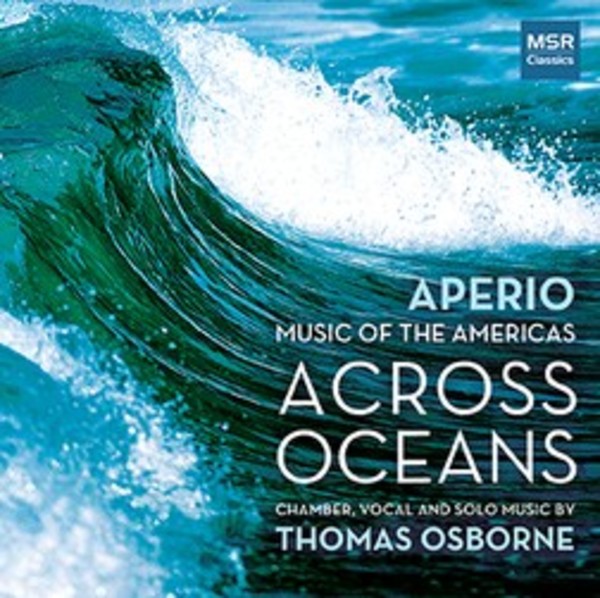 Across Oceans: Music by Thomas Osborne

"For someone who was born in a land-locked region of the country, oceans have played a surprisingly important role in my music. Each of the works on this recording reference the sea in one way or another, and each was composed in close proximity to the ocean as well: I wrote three of these pieces in Los Angeles and the other in my current home of Honolulu. These four works, each in its own way, look out to the watery horizon, some exploring the expanse of water itself and others seeking what lies beyond. Though the music on this CD was composed over a period of eight years, each work shares plenty in common with the others. All four works are united by their connection to poetry: Dreams of Sky and Sea and Songs of a Thousand Autumns are settings of verses from Korea and Japan, respectively, while And the Waves Sing Because They are Moving takes a Western poem as its inspiration; even Like Still Water is titled after some poetic words from a friend. Likewise, each piece shares elements of its color palette with the others  this was done purposefully at times and un- consciously at others  and I see these four works as very much belonging together. For a composer, the most fulfilling collaborations are those involving friends, and it has been my privilege to work with the musicians of Aperio for more than a decade. My collaboration with them began when I was a graduate student in Houston, and has continued on for many years since. In that time, I have crossed oceans to work with Aperio again and again, and I will gladly do so again in the future. Every composer should be so lucky as to work with musicians like these." - Thomas Osborne

Aperio is an ensemble of internationally recognized musicians dedicated to the performance of music by contemporary composers from the Americas. Aperios programming prominently features new works by emerging composers alongside masterpieces of the New World repertoire. Founded in 2006 in Houston, Texas, the ensemble has come to be known for engaging culturally diverse audiences with imaginative and visionary contemporary music.