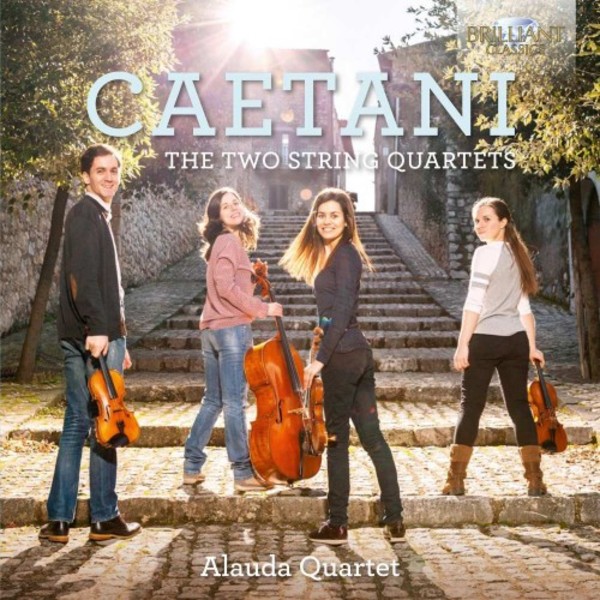 In a series of first recordings, Brilliant Classics has explored the rich culture of nonoperatic music in Italy during the late‐Romantic era and the first decades of the last century. Particular attention has been given to the flourishing traditions of instrumental and chamber music, with recent releases not only of well‐known names such as Respighi (BC94445), Martucci (BC94816 and a brand‐new release of piano trios, BC94968) and Nino Rota (BC95237), but less familiar, often no less inspired composers such as Antonio Bazzini (BC95030), Ildebrando Pizzetti (BC9202) and Guido Fano (BC95353).

Among these lesser lights must be counted Roffredo Caetani (1871‐1961). A Brilliant Classics release of his piano music (BC94909) has already disclosed an effusively lyrical, unashamedly Romantic voice working in the post‐Lisztian tradition regardless of musical upheavals and revolutions around him. Caetani had more reason than most for his reactionary temperament, as godson to Liszt himself. The Hungarian composer recognized the young Romans talent and entrusted it to his friend Giovanni Sgambati for further instruction and refinement.

The Op.1 No.1 Quartet on this release was one of the first products of Caetanis student years, composed when he was just 17 years old, but distinguished by a precocious mastery of the genre, as contemporary critics were not slow to recognize. The quartet is cast in a single, wide‐ranging span: an innovative structure for the time, if in its way the writing is unmistakably indebted to the example of Beethoven. Twenty years later, Caetani returned to the quartet genre once more with his Op.12 in F minor: a three‐movement work of considerably greater breadth in both its themes and development.

The disc also marks the debut on Brilliant Classics of one of the UKs most promising young ensembles, the Alauda Quartet. This international group gathered as students at the Royal Academy of Music in London and now perform across Europe in concert series and festivals.