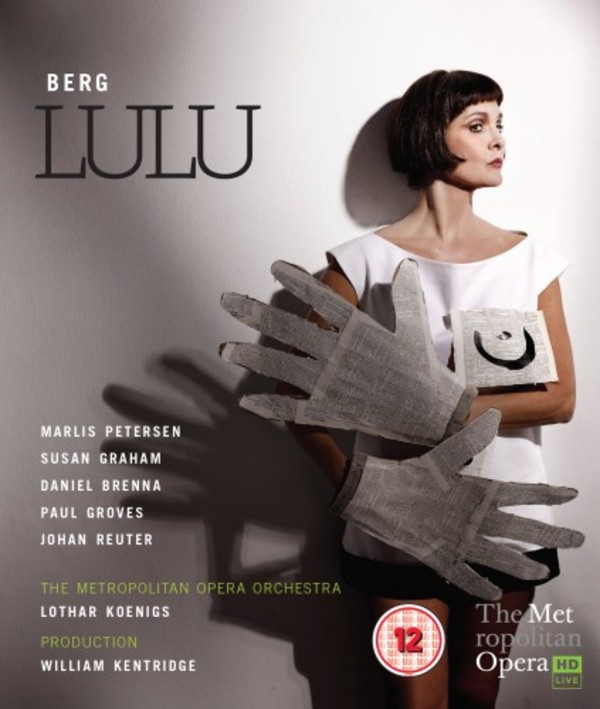 Alban Berg's monumental opera Lulu, which he left unfinished when he died in 1935, had its posthumous premiere in its incomplete version in 1937, with the three-act version that has become standard premiering in 1979. The opera tells the tragic story of a young woman who, as a victim of a harsh society, torments a series of men by whom she is objectified, desired, abused, and eventually killed.

Berg adapted the libretto from Frank Wedekind's two Lulu plays, Erdgeist (Earth Spirit, 1895) and Die Büchse der Pandora (Pandora's Box, 1904). He wrote the music using the 12-tone style conceived of his teacher, Arnold Schoenberg, but with a nod to Romanticism that makes it unusually accessible for something written by a Schoenberg disciple.

The Metropolitan Opera's new production of Alban Berg's Lulu, directed by accliamed South African visual artist William Kentridge, premiered in 2015 and starred Marlis Petersen in her final performances as Lulu, a role she has made "hers and almost hers alone" (Opera News) in 10 different productions over 18 years.

So richly allusive are Kentridges designs ... and so subtle the blend of mauves and mustards in Greta Goiriss 1920s-style costumes, that the production retains its fascination over multiple viewings. Koenigs ensures maximum clarity from the strings and woodwind, especially in the orchestral interludes. Its cool, clever playing that throws unusual focus on the seamy saxophone line that coils itself around each characters description of Lulu.  Anna Picard (Opera Choice)
BBC Music Magazine February 2017