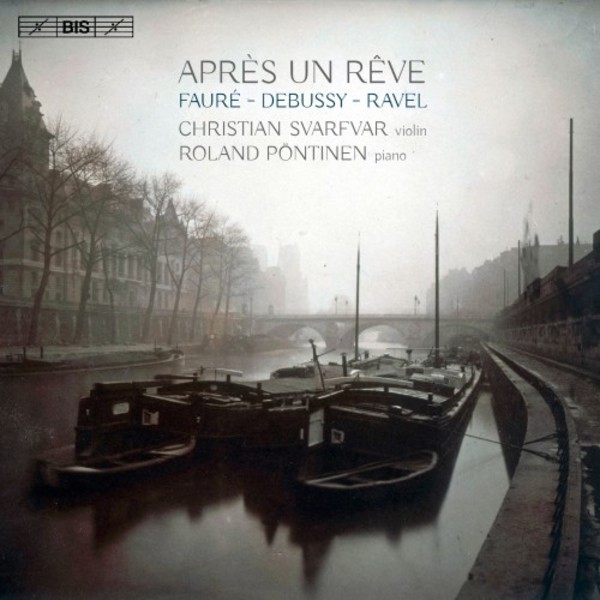 French delicacies and masterpieces for violin and piano

Towards the end of the 19th century, France saw a renaissance for chamber music after a long period largely dominated by opera. Rather than popular demand it was the composers themselves who propelled this development, for instance through the Société nationale de musique, founded in 1871 by Saint-Saëns with the aim to provide a platform for composers to have their works performed. An early response to Saint-Saëns initiative came from a former student, Gabriel Fauré, who in 1876 completed his Violin Sonata in A major and gave it the opus number 13, making it the first instrumental work in his official work list. Premiered at one of the societys concerts in 1877, the sonata was a resounding success and gave Fauré the confidence to continue to write chamber music. In a similar way, the society became a stepping-stone in the careers of many younger composers, including Claude Debussy and after him Maurice Ravel.

Selecting works by these three French composers, the Swedish team of Christian Svarfvar and Roland Pöntinen have put together a recital framed by Faurés sonata and that by Ravel, composed some 50 years later and here serving as a reminder of the new influences that reached France in the meantime. With its celebrated second movement, entitled Blues, the Sonata in G major testifies to Ravels interest in Afro-American music and jazz  but also to his ability to incorporate foreign influences into his own, unmistakeable style. Between these, we hear a handful of shorter pieces, including Ravels Spanish-perfumed Pièce en forme de habanera and his Berceuse, a tribute to his old teacher Fauré. Svarfvar and Pöntinen also perform Debussys arrangement of his own piano prelude Minstrels, another French response to the popular music coming from the USA, but they have chosen to name their disc after what probably remains the most popular piece by Fauré, his early song Après un rêve.