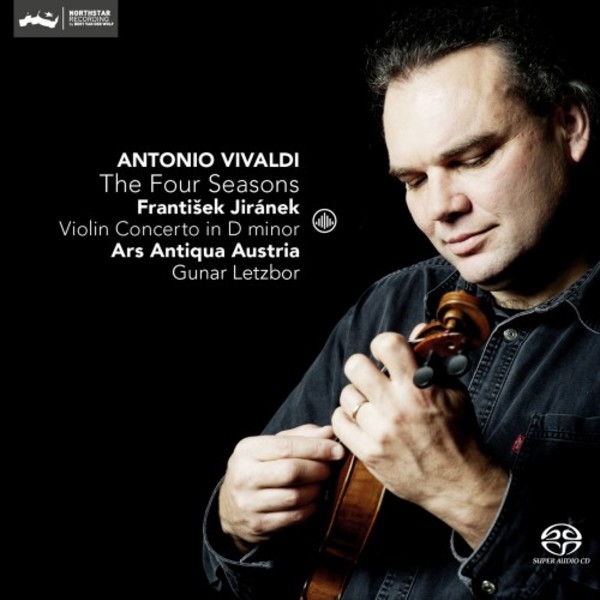 Ars Antiqua Austria, the group directed and led by violinist Gunar Letzbor, takes on the Four Seasons challenge but, as usual with their performances, their account is unusual: an individual touch is present throughout all four of Vivaldis Concertos.

AAAs account is not a re-invention, its a re-discovery: all their musical choices, although original and not heard before, are always the fruit of freshness, innocence and discipline, they are never arbitrary. Gunar Letzbor says:

It is almost impossible nowadays to perform Vivaldis music without any preconceptions, even if one engages with it only rarely. Vivaldis sound is ubiquitous. Or is that perhaps the sound of only a few works from his rich oeuvre? When I played through La Cetra for the first time on the violin, I found some typical Vivaldi-isms which I really cannot stand. At the same time, however, I was surprised to find a remarkable body of new features waiting to be discovered.

One just must not succumb to the temptation of immediately putting the familiar Vivaldi stamp onto everything. I have, in the meantime, formed an even greater friendship with Vivaldi. There is so much to discover amongst his works, away from mainstream sounds. This recording and its preparation: practising in peace and quiet; trying out sounds; receiving and discarding ideas; taking in the texts; rediscovering melodies and, if possible, never listening to any Vivaldi recordings.

Ars Antiqua Austria was founded in Linz in 1995 with the aim of introducing audiences to the roots of Austrian baroque music played on period instruments. The music performed at the imperial court in Vienna at this time shows the strong influence of Italian and later of French forms, while Spanish court ceremonials also shape the character of the works. The core of Ars Antiqua Austria comprises eight musicians directed by Gunar Letzbor, but the ensemble is readily augmented to accommodate wider repertoire. Their recent recordings on Challenge Classics include discs devoted to music by Karl Kohaut, Fux, Graupner, Werner and Biber.