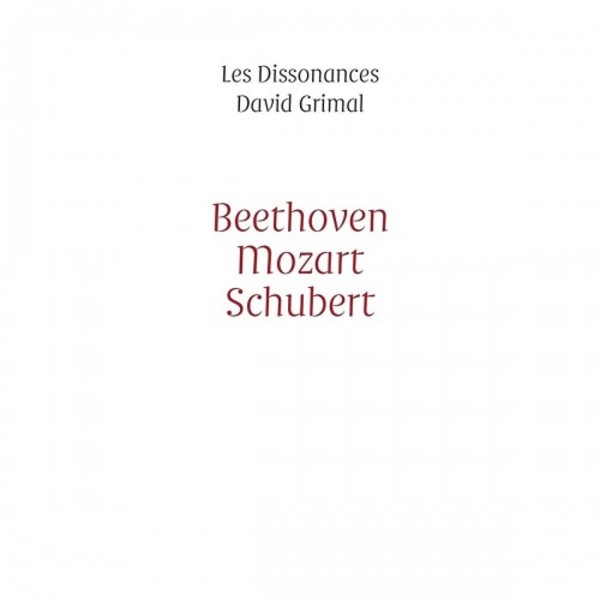 Founded in 2004 by violinist David Grimal, Les Dissonances continues its fascinating musical trip. They publish here a 5-CD set with the best of their unpublished recordings.
The pack includes as a video bonus, a film of the complete Brahms symphonies available in online streaming.
The spirit of Les Dissonances is one of bringing together disparate worlds  there lies its specificity. The ensemble creates a link between those involved in the various different aspects of music (composition, solo performance, orchestral music, chamber works) and it includes not only musicians from the greatest French and international orchestras, but also talented young artists who are just embarking on their careers.
The groups first recording, Métamorphoses on the Ambroisie-Naïve label, featuring Richard Strausss Metamorphosen and Arnold Schoenbergs Verklärte Nacht, was enthusiastically received by the critics, receiving the ffff de Télérama, BBC Music Choice, and Arte Sélection. Its Beethoven disc (Symphony no.7 and Violin Concerto), released in October 2010, again received the ffff de Télérama and featured in Le Mondes selection of the years best CDs. All profits from the next two recordings, The Four Seasons by Vivaldi and Piazzolla (2010) and Beethovens Fifth (2011, again honoured by the ffff de Télérama), were donated to the association Les Margéniaux, which supports the projects of homeless people. In December 2013, Les Dissonances launched its own label, Dissonances Records, with Brahmss Violin Concerto and Fourth Symphony. The recording was chosen as the recommended version by the Tribune des Critiques de Disques de France Musique.