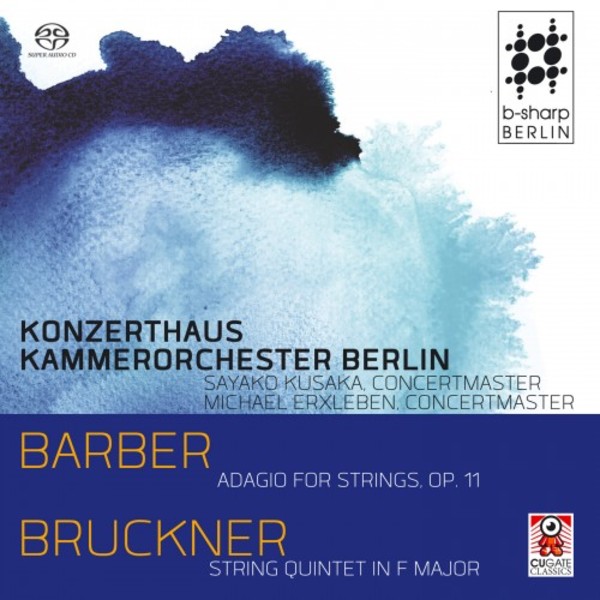 The musical architecture requires that individual movements of a music piece  in this case an Adagio  are firmly anchored in their original position and are, as such, an integral part of the work. Only a few slow movements have achieved a position of autonomy. The Adagietto from Mahlers Fifth Symphony, for example, was such a case for a time  however, it did require the non-musical trigger of Viscontis film adaptation of Death in Venice. And then there are also the funeral marches, repurposed as music for particular occasions  of which Beethovens Eroica and Chopins Second Piano Sonata in B flat minor are the most prominent exemplars. However, they ultimately remain an integral part of the overall musical design and retain the position the composer originally intended.

The story of Samuel Barbers Adagio for Strings, op.11, initially developed in a similar, but ultimately different way. Composed in 1936 in the Austrian town of St Wolfgang where Barber spent the summer with his partner Gian Carlo Menotti, it was created as the second movement, Molto Adagio, of the three-movement String Quartet, op.11. Back in the Eternal City  Barber won the 1935 Rome Prize from the American Academy  he had his fateful encounter with Arturo Toscanini. Among the compositions that Barber showed him, Toscanini quickly recognised the extraordinary qualities of the middle movement and suggested that Barber orchestrate the Adagio as a standalone version for string orchestra.

In New York on 5 November 1938, the conductor and the NBC Symphony Orchestra thanked the composer with a radio broadcast of the premiere of the work, thus launching a musical world success.

Barber regarded this with mixed feelings as he didnt want to be reduced to a composer of only one piece. But he was also well aware of the effect of his adagio and said about it himself: Its a knockout.

In contrast, the Adagio in Bruckners String Quintet in F major follows the traditional Adagio role between a fast Scherzo and a lively, animated Finale and is as such rightly regarded as the centre of the whole musical work. Musical Vienna was unusually of one mind for once regarding Bruckner. All reviewers highlighted the Adagio. Theodor Helm, the author of works that set the standard in the analysis of Beethovens string quartets, declared that the Adagio, inspired by the spirit of Beethoven, could have been a work from the masters late period. And even Bruckners die-hard opponent Max Kalbeck from the newspaper Die Presse and an authority among critics gave it high praise: The Adagio emanates light, light in thousands of colours and nuances  the reflection of an ecstatic vision reaching to the seventh heaven.

That also sounds a little like an emotional knockout  difficult to describe, and can only be understood when heard. Or as the poet Franz Grillparzer succinctly put it, as only an Austrian can, Music described is like a narrated lunch.