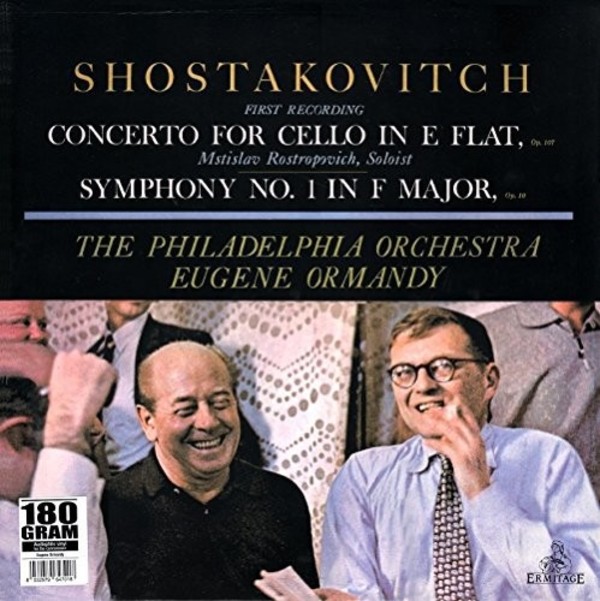 Considered one of the greatest cellists of the 20th century, Mstislav Rostropovich (1927- 2007) was celebrated, not only for his interpretations and technique, but also for both inspiring and commissioning new works, which enlarged the cello repertoire more than any cellist before or since. Eugene Ormandy (1899-1985) was a Hungarian-born conductor and violinist who became internationally famous as the music director and conductor of the Philadelphia Orchestra for 44 years. Under his baton, the orchestra had three gold records and won two Grammy Awards. This release presents the Rostropovich/Ormandy version of Shostakovichs First Cello Concerto, which was at the time the first recording of that work (the composer was present during the recording sessions). Now released on audiophile 180-gram vinyl.