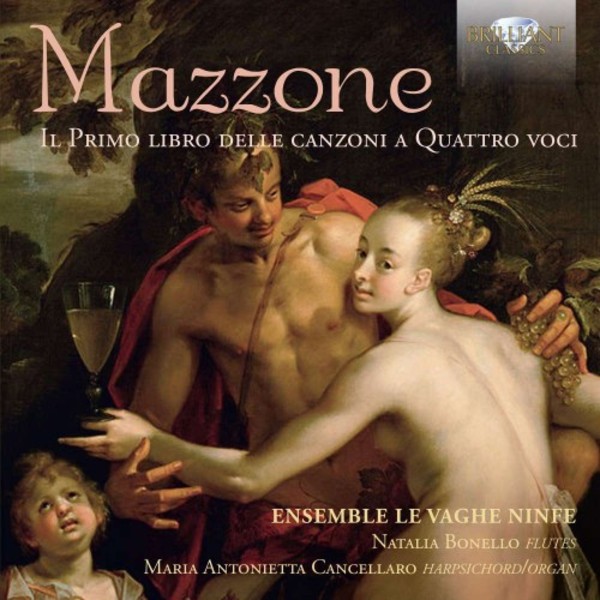 Marco Antonio Mazzone was a contemporary of Claudio Monteverdi, probably also based in Venice for the greater part of his career. He was also a renowned man of letters, who published treatises on poetics and Classics as well as composing several books of madrigals. The star of his contemporary may now have almost entirely eclipsed Mazzone, but he was sufficiently renowned in his own time to have written works for the munificent patronage of the Gonzaga family, as Monteverdi did.

The 21 canzoni recorded here follow Monteverdis innovations in the seconda prattica style of composition  Palestrina being considered master of the prima prattica  in which, as Mazzone himself says, the notes must follow and imitate the words. They were published in 1591 and dedicated to Vincenzo Gonzaga. The canzoni divide almost equally between sacred and secular texts, which were also composed by Mazzone, addressing love human and divine. Mazzones settings are supple and economical, bending to the line and direction of the poetry, always prizing maximum clarity of meaning but also creating moments of great harmonic beauty in their own right. As a priest, Mazzone explained in his poetics that he mixed sacred and secular in order to entice singers and listeners towards a contemplation of God.

This recording is supervised by Maria Antoinietta Cancellaro, who founded the Ensemble Le vaghe ninfe as a flexible group of historically informed musicians to perform Renaissance and Baroque repertoire. She has produced her own edition of the music on this recording, as well as several other critical editions of music from the period. Several of the canzone are performed as instrumental numbers, with the texts recited before the music. Others are sung as solos, or with several voices, and with mixed instrumental accompaniment according to the character of the music, including violin, flute, percussion and an antique serpent.