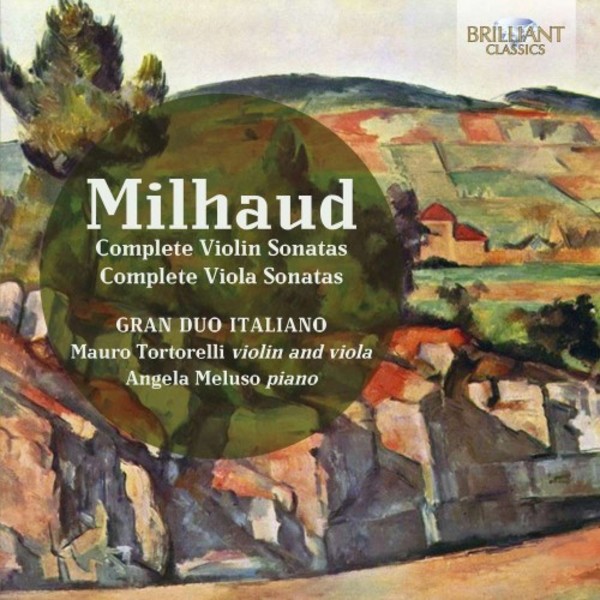 In many ways Darius Milhaud was the Haydn of the 20th century. Writing fluently and productively in all the usual genres of classical music, always inventing new instrumental combinations, he was never short of a melody, or an idea to make productive use of the past in his own art.

The chamber music for solo violin and viola was written during the first three decades of his inexhaustibly productive career. The First Violin Sonata dates from his student days at the Paris Conservatoire but is already marked by some of his distinguishing musical fingerprints such as the rhythmic irregularity and indeterminate, floating tonality that leave the listener with the impression of being carried through a subtly moving mist of sound. It has rarely appeared on record, and this new recording is an invaluable window onto the early career of one of the most protean talents of 20th‐century music.

The more familiar Second Sonata was written during Milhauds stay in Brazil while acting as private secretary to the diplomat and poet, Paul Claudel. From the same period date several of Milhauds best-known orchestral and ensemble works such as the Saudades do Brasil, and this sonata stands alongside them. It moves freely between sparky neo‐Baroque figuration in the first movement to the finales melodic evocation of the composers Jewish heritage.

The Quatre Visages and two sonatas for viola are wartime works which studiedly ignore the temper of their times for light-hearted relief. Their individual movements are brief, by and large dance‐like in character, often evoking Baroque forms, always exuding charm, though the central Dramatique panel of the Second Sonata presents a quasi‐operatic confrontation between viola and piano.

Mauro Tortorelli and Angela Meluso have toured together throughout Europe and Japan, and tackle these little‐known pearls of chamber music with impassioned advocacy.