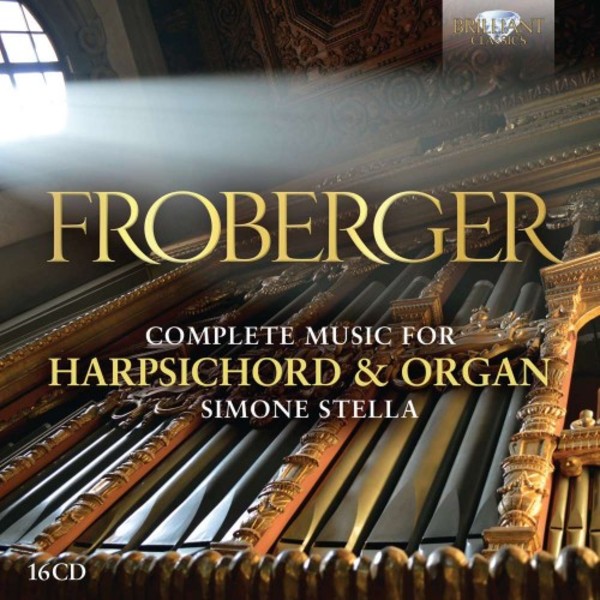 A highly musical family was a promising start for Johann Jacob Froberger (1616-1667), one of the most influential composers to emerge in northern Germany in this period. Born in Stuttgart, his father held the prominent position of Hofkapellmeister at the Stuttgart Hofkapelle (or court chapel)  a place that attracted musicians from across Europe. Little wonder, then, that Frobergers music shows influences from Italy, France and England, as musicians from all these countries were active there. Froberger had unfettered access to his fathers extensive musical library, another source of immense inspiration. In his music, we can see these sources brought to life: toccatas in the style of Frescobaldi and Michelangelo Rossi, featuring passages of free improvisation alternated with rigorous counterpoint; more conservative canzonas and capriccios, written as variation sets in several sections and containing faster rhythmic figurations than those found in his ricercars or fantasias; suites (called partitas), fascinating examples of some of the earliest suites that we have. In this way, Froberger imitates the composer Chambonnières, but unlike his French counterpart he creates a continuity between the separate dances by keeping them in the same key.

Frobergers keyboard works can be performed on any keyboard instrument. As well as a harpsichord, this release features four different organs from around Italy, all from the Baroque period, including the Onofrio Zeffirini da Cortona organ in Florence. Keyboardist Simone Stella, an unfailingly intelligent and revealing guide (BBC Music Magazine), whose recordings have been described as thoroughly imaginative and engaging by Fanfare, has already released several CDs with Brilliant, to great acclaim. He has consistently striven to shine a light on German composers of this period, including Böhm, Reincken and Walther.