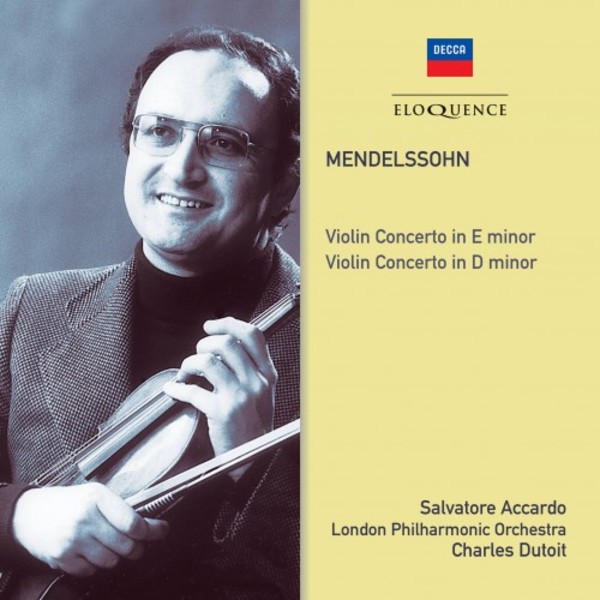 It is common to refer to the Mendelssohn Violin Concerto  the one in E minor, op.64  but earlier in his career, Mendelssohn composed another, which was posthumously published. After falling into complete obscurity for a century, this score eventually found its way into the hands of Yehudi Menuhin, who published the first edition of the work in 1952, and is credited with its modern day revival.
Although noted for his fearless and thrilling performances of music by Paganini for Deutsche Grammophon, Salvatore Accardo, who celebrates his 75th birthday in October 2016, also recorded extensively for Philips in the 1970s and 80s. His repertoire ranged from Baroque music through to 19th and 20th centuries, including the complete music for violin and orchestra by Bruch, and concertos by Brahms and Sibelius. He coupled the two Mendelssohn concertos on a single LP which was recorded with Charles Dutoit for Philips in London in 1976.
[Accardo] applies his characteristically lithe, fresh style here to the concertos of Mendelssohn ... Accardos technique is secure and his playing, imbued with the classical spirit, undoubtedly gives pleasure - Gramophone, March 1977