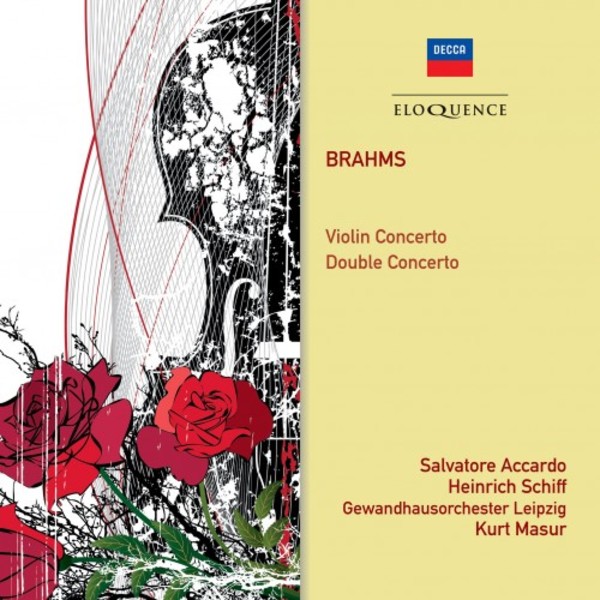 Although noted for his fearless and thrilling performances of music by Paganini for Deutsche Grammophon, Salvatore Accardo, who celebrates his 75th birthday in October 2016, also recorded extensitvely for Philips in the 1970s and 80s. His repertoire ranged from Baroque music through to 19th and 20th centuries, including the complete music for violin and orchestra by Bruch, and concertos by Mendelssohn and Sibelius.
Here he is featured in sumptuous performances of two of Brahmss greatest concertos recorded spaciously at the Gewandhaus in Leipzig in 1978 with Kurt Masur, who also made other notable Brahms recordings for Philips, including the symphonies and the two piano concertos.
The suave tonal opulence and technical brilliance of both Accardo and Schiff are unquestionably impressive in the Brahms Double Concerto - Fanfare, September/October 1980
Salvatore Accardo presents one of the most lyrical performances of the Brahms concerto that has ever been recorded. Though it is leisurely in pace, it is never dull. Accardo is marvelously sure in his intonation. His double-stopping is amazing. Masur and the Gewandhaus Orchestra provide a perfect foil - Fanfare, July/August 1982