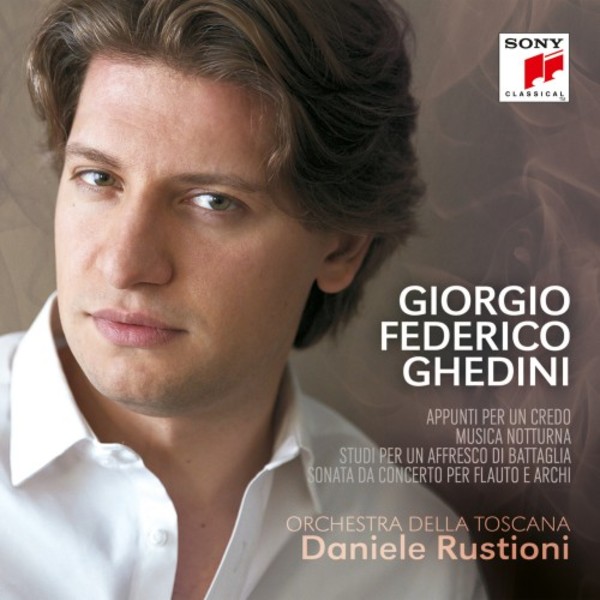 One of the world's most celebrated young Italian conductors conducts the Orchestra della Toscana in rather rare repertoire: the orchestral works by Giorgio Federico Ghedini. Ghedini was born in Cuneo in 1892. He studied organ, piano and composition in Turin, then graduated in composition in Bologna under Marco Enrico Bossi in 1911. He worked as conductor for a certain time, then he gave up to devote himself to teaching. He worked as a teacher of composition in Turin (1918-1937), Parma (1937-1941), and finally Milan, where he directed the local Conservatory (1951-1962). Among his pupils, the most eminent were Marcello and Claudio Abbado, Luciano Berio, Guido Cantelli and Niccolò Castiglioni. He died in Nervi, near Genoa, in 1965.

Ghedini was a deep lover of ancient music; he transcribed many works by such composers as Girolamo Frescobaldi, Claudio Monteverdi, and Andrea and Giovanni Gabrieli. Ghedini's works are often inspired by music from the Renaissance and Baroque eras, but combined with a very personal language which combines ancient and modern styles.

Daniele Rustioni is the principal conductor of Orchestra della Toscana from June 2014 and from the season 2017/18 will be at the helm of the Opéra National de Lyon. At the age of 33 Daniele Rustioni is already an established professional on the international music scene.