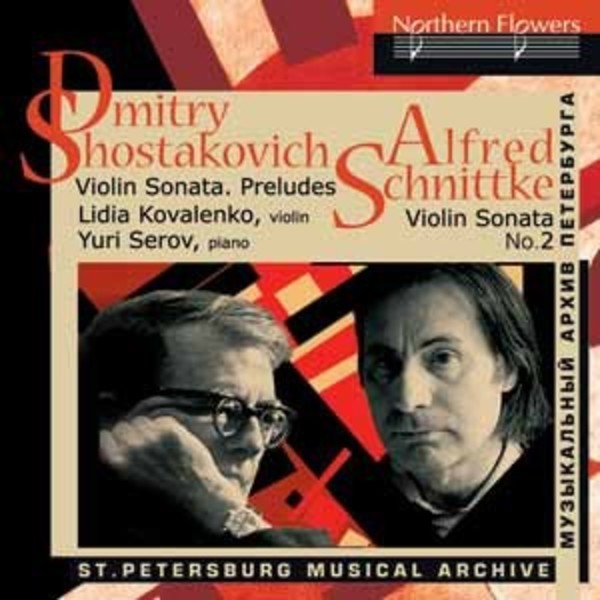 In honour of the 60th anniversary of David Fedorovich Oistrakh, reads the friendly dedication made by Dmitri Shostakovich to the Sonata for Violin and Piano. The background of this masterpiece, this acme in the composers chamber works (moreover, in the 20th centurys music on the whole) was later commented by the great violinist in his memoirs as follows: Dmitry Dmitriyevich got an idea to give me a birthday present, that is, to write for me a new Second concerto, completing it right by my 60th anniversary. But he miscalculated the finishing date by one year. The Concerto was ready by my 59th anniversary. It seems Dmitry Dmitriyevich believed that the error had to be corrected. That was how the sonata for violin and piano appeared I could not expect that, although I had been dreaming for years of a violin sonata written for me by Shostakovich.
The 24 Preludes for Piano were written by the composer in the years 1932 and 1933,  as he himself used to put it, in a train between Leningrad and Moscow. Fourteen of the twentyfour preludes were transcribed for violin and piano by Dmitry Tsyganov, an outstanding violinist, a friend of Shostakovich, and his partner in ensembles. These arrangements, which carefully retain the instructions by the author, be it on the texture and tone, or even minor remarks on dynamics and articulation, soon became a popular and integral element of the Soviet violin repertoire, successfully rivalling the original piano version.
The Second Violin Sonata by Alfred Schnittke begins with an abrupt piano chord, like a rifle shot. It blows up the silence  and the very notion of the style, established in many centuries. It is the start of the Polystylistics era in the works of Schnittke, and moreover, for the Soviet music in general. The subtitle given by the composer to his work is "quasi una Sonata", echoing Beethovens eternal Moonlight Sonata, Sonata quasi una Fantasia. Beethoven in his masterpiece steps out into the domain of the Romantic music, being unable to stay within a classical sonatas framework. Schnittke, on the contrary, is annoyed with the sonata form as such. The contradictions and contrasts are too strong, and just the startling freedom of utterance should lay a foundation for setting up something new.
Recorded at the St Catherine Lutheran Church (St Petersburg), 18 April & 2 May 2000