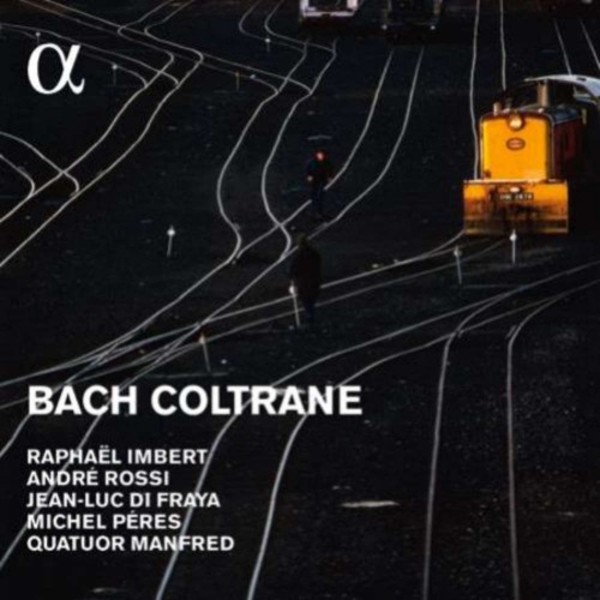 He never said a mumblin' word

He never said a mumblin' word

After the success of the first fourteen reissues, which restored to the limelight some of the gems of the early music repertory in the catalogues of our labels, here are fourteen new titles to allow listeners to renew acquaintance with further treasures of the Renaissance and Baroque (and even a journey through time thanks to Raphaël Imberts album Bach | Coltrane), performed by some of the leading interpreters of the genre; most of these discs won one or more awards on their first release. As with the first series, the artists have been asked to contribute to the booklets, in which, with a few years hindsight, they talk about their conception of the works and how they went about recording them. The photographers of the Magnum agency illustrate the covers of the series with their work; this time the common design element is the colour yellow.
Truly a recording off the beaten track: an intimate dialogue between jazz musicians, a classical quartet and a Baroque organ, which draws from the power of Bach and the great themes of John Coltrane.
Raphaël Imbert - who had already attracted attention with his Suite élégiaque in 2006 - here sets out to demonstrate the spiritual and musical ties between Bach and Coltrane by following the thread of the Lutheran liturgy that links the Kantors music, the Negro spiritual, and certain themes written by John Coltrane (Crescent, Reverend King, and others).
The Bach pieces are performed by the Manfred Quartet and the organist André Rossi, and give rise to collective improvisations led by Raphaël Imbert on saxophone, Jean-Luc Difraya on voice and percussions, and Michel Pérès on double bass.
Conversely, the Coltrane themes are presented by the jazzmen and lead to a musical dialogue with the Manfred Quartet. Gérard Lesne - a countertenor deeply committed to jazz - sings the opening aria from Cantata BWV 170, Vergnügte Ruh.
This recording is the culmination of a research project on the sacred element in jazz undertaken by Raphaël Imbert in New York, with the support of a Villa Médicis Hors les Murs award.
The project of the Brotherhood Consort lies at the heart of this encounter between Bach and Coltrane, between Raphaël Imbert and the classical musicians of the Manfred Quartet, and with the exceptional participation of the countertenor Gérard Lesne.
Track listing:
1. J.S. Bach - The Art of Fugue: Contrapunctus I
25. John Coltrane  Crescent
6-7. J.S. Bach  Keyboard Concerto, BWV 1056: Largo
8-9. He nevuh said a mumbalin word (live)
10. J.S. Bach - Fantasia in G minor, BWV 542/i
11. J.S. Bach - Mass in B minor BWV 232: Crucifixus
12. J.S. Bach - The Art of Fugue: Contrapunctus IX
1314. J. Coltrane - Song of Praise / J.S. Bach - Jesu meine Freunde BWV 227
15. J.S. Bach - Cantate "Vergnügte Ruh, beliebte Seelenlust" BWV 170
16. Improvisation sur B.A.C.H. / J. Coltrane - The Father, the Son and the Holy Ghost
17. Martin Luther - Mit Fried und Freud ich fahr dahin
18. J. Coltrane - Reverend King
19-20. André Rossi - Choral de Mi
21. J.S. Bach O Welt, ich muss dich lassen (from BWV 245)