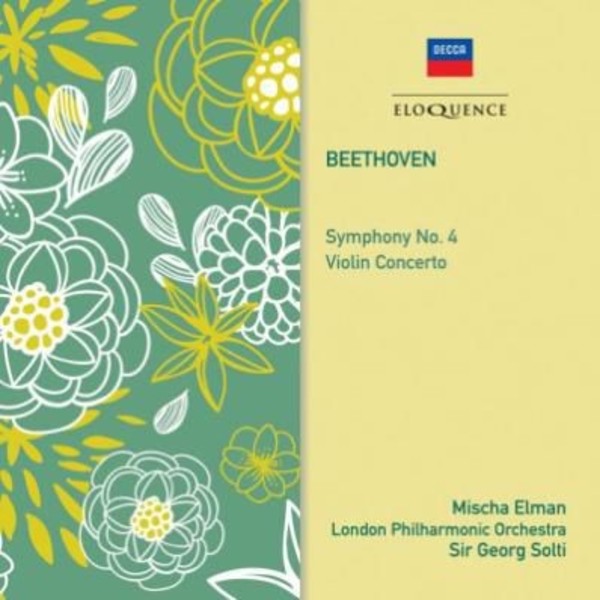 Georg Solti recorded the Beethoven Fourth three times  twice with the Chicago Symphony Orchestra (1974, 1987) and in 1950 with the London Philharmonic. The LPO recording was among Soltis earliest Decca recording sessions and was issued, first on 78rpm and immediately after on LP using Deccas then revolutionary FFRR technology.

Fêted by the Victor Talking Machine Company in the early decades of the twentieth century, Mischa Elman was a considerable presence in the recording world in those years. The arrival of Jascha Heifetz in 1917 had a considerable impact on violin recordings in general, and public interest in Elman flagged. Victor was Elmans company for more than 40 years, but in 1954 he decided to move to Decca for whom he recorded several concertos (something relatively absent from his Victor repertoire).

For his recording of the Beethoven concerto he was paired with the young Solti, who allowed him due elasticity and freedom of interpretation. While theres no pretending that by 1955 when the recording was made Elman was past his prime, it remains a fascinating account  a meeting of two very different minds, with dynamic extremes on Soltis part and an instinctive nineteenth-century leaning towards portamento on Elmans.

the flute tone is noticeably sweet [] Tonally and technically this is a wide-ranging record - (Symphony No. 4) Gramophone, May 1951

many good qualities, and the recording is excellent - (Violin Concerto) Gramophone, November 1955