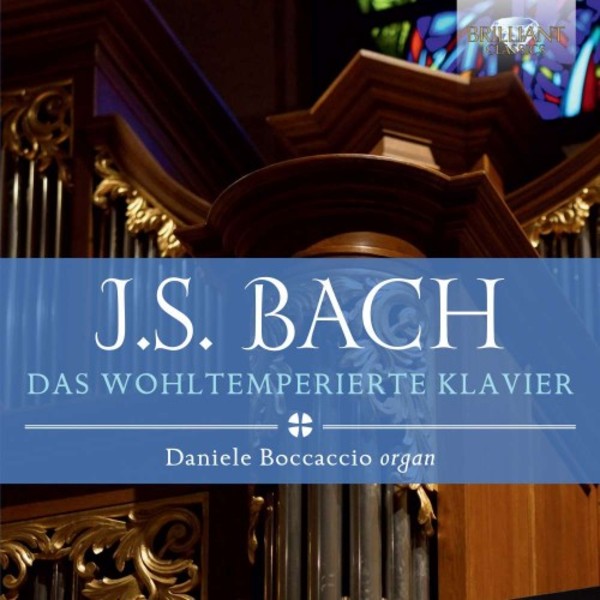 The Old Testament of keyboard music, as its well-known, and readily played on every instrument with black and white keys, from the kind of tiny house clavichord on which Bach probably wrote much of The Well-Tempered Clavier, to modern accordions and synthesisers. And yet Daniele Boccaccios new recording is the only one presently available to be played on Bachs own instrument, the organ. Boccaccio is not the first to do so, and its hardly an iconoclastic gesture. As he points out in his booklet-note, several preludes and fugues, especially in Book 2 (written over a decade after the First), suggest that the organ was the (or at least an) intended instrument for their legato figuration and long-held notes.

The maverick scholar and musician Robert Levin recorded a Well-Tempered Clavier on four different instruments, including clavichord, two-manual harpsichord, chamber organ and even fortepiano, but Boccaccio has elected one instrument for his journey through this compilation which tests the limits of a keyboard players technique and imagination like no other. The instrument of S. Antonio Abate in Padua was built by Francesco Zanin and has been used for many recordings since its inauguration in 2006, including on Brilliant Classics.

Boccaccio freely admits he has used the full colouristic capabilities of the instrument: I tried to make the performance as varied as possible from the tonal point of view, merging together all the available colours of the organ stops, according to the technical and stylistic suggestions of the time. He has form in Bach on Brilliant before, accompanying Patxi Montero in the sonatas for viola da gamba (BC95042) and then playing his own, strikingly original transcriptions of the violin concertos (BC94829).