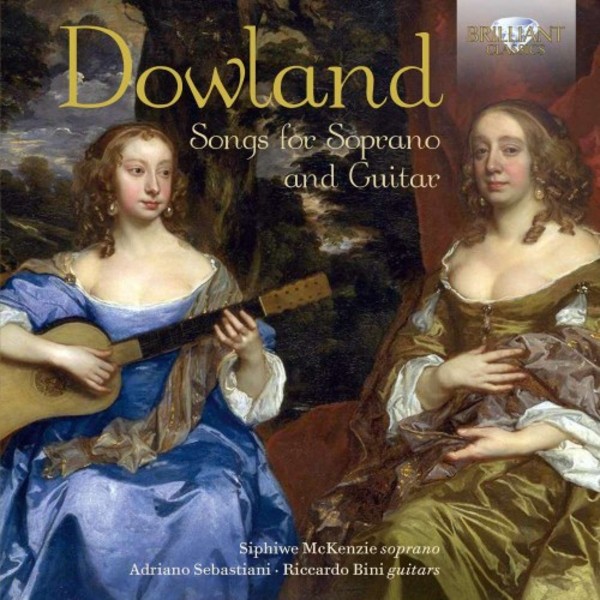 Dowland - Songs for Soprano and Guitar

Renowned in his own time as a precociously adept diplomat  maybe spy  in the service of the English aristocracy, working across the Catholic-Protestant divide, John Dowland was appointed lutenist at the court of Christian IV of Denmark, a post that he held for eight years. A further six years later, in 1612, he finally secured the post as lutenist at the court of James I, a highly prestigious position that he had unsuccessfully applied for in 1594, during the reign of Elizabeth I. In 1621 he was awarded the title of Doctor of Musicke, and died five years later.

His songs and airs, for lute with and without voices, date from this last quarter-century of his career. They were lucratively published in several books during this period, when his fame spread throughout Europe as the finest lutenist of his generation. He is one of Englands greatest song composers, to be ranked with Purcell and Britten. He effectively created the English type of lute-song, synthesizing elements from the broadside ballad, dance music, the consort song and the madrigal.

The selection on this disc is drawn from the first three books. The first of them is the least adventurous, scored originally for four voices and lute, and laid out in simple strophes. The second and third books then move between solo pieces and more elaborate dialogues, with contrapuntally intricate accompaniments. Many of Dowlands most famous songs are featured, including Weep you no more, sad fountains and If my complaints could passions move. They are interspersed with pavans and galliards for solo lute to make a satisfyingly varied experience, and a superb introduction to the art of Dowland.

Both of Adriano Sebastianis previous albums for Brilliant Classics have featured guitar-accompanied song: Rossini (BC94628) and Spohr (BC94274). Here he accompanies a rising soprano star who has sung in the company of the Nürnberg State Opera, and in houses across Europe and Asia as well as her native Canada.