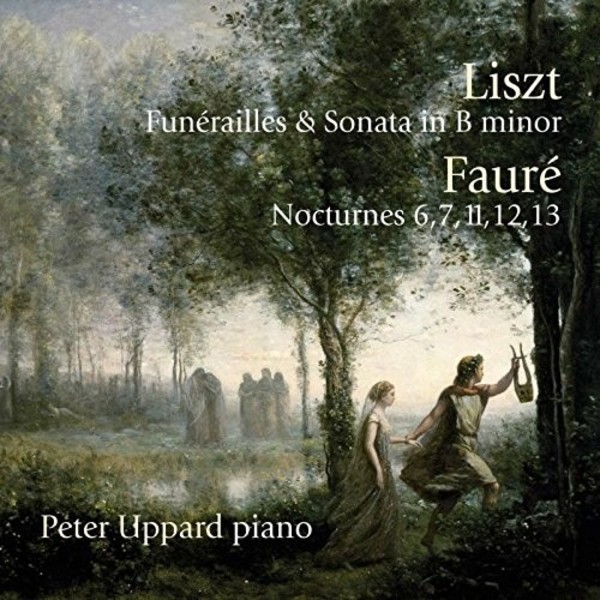 Few virtuoso pianists find their technical wizardry the smallest use in penetrating the profound emotional depths and complexity of Fauré's late piano music. Nor does it help them to convey the structural cohesion of Liszt's greatest composition. Without virtuosity of listening the genius of these works can remain elusive. Not so in this recording by Peter Uppard which Sir Charles Mackerras described as magnificent", a verdict echoed by the composer Joseph Horovitz, highlighting the remarkable clarity of thought with which Uppard reveals the compositional logic of Liszt's monumental achievement. For all who in the past may have found this music perplexing these performances capture the architectural mastery of Liszt's B minor Sonata and liberate the subtlest nuances of Fauré's finest creations.
After several broadcasts on radio and television Peter Uppard entered the Royal Academy of Music at the age of eighteen on a major scholarship. At his début recital at the Wigmore Hall the music critic of The Times hailed him "a vintage claret worth watching", adding that his performance of Beethoven's Sonata op.109 was "interpreted as penetratingly and inwardly as one could wish." Appointed Professor of Piano at the Royal Academy of Music, for twenty-three years he was celebrated by generations of students whom he coached in the whole range of music from Byrd to Birtwistle. He has also written music for film, ballet, and the theatre.
"I must congratulate you on your magnificent recording of the Liszt Sonata and Fauré Nocturnes." - Sir Charles Mackerras
"I cannot recommend this recording highly enough. Peter Uppard is a finely sensitive and commanding artist who deserves every possible success." - Bryce Morrison