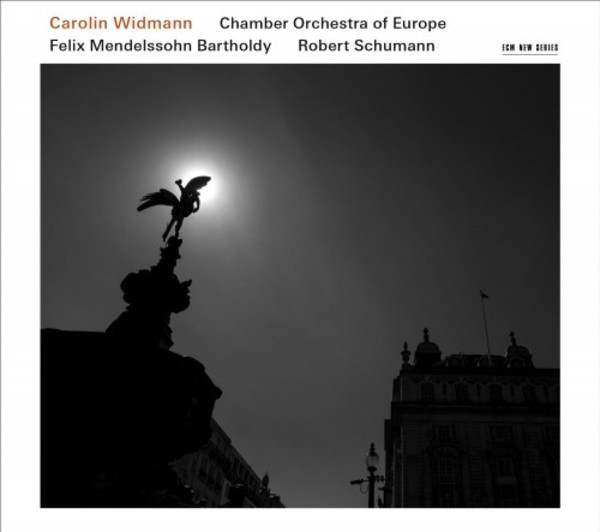 For her sixth ECM recording, violinist Carolin Widmann brings together the last major orchestral works of the two German composers: Felix Mendelssohn Bartholdys Violin Concerto, op.64, celebrated from the outset as a masterpiece, and Robert Schumanns Violin Concerto, WoO23, which had to wait for so many years to find due recognition as one of the greatest compositions of the Romantic era.
Widmann leads the widely-acclaimed Chamber Orchestra of Europe in these inspired performances, recorded at Baden-Badens Festspielhaus. Her earlier ECM recording, in 2007, of the Schumann Violin Sonatas (4766744) received the highest international praise, including a Gramophone Award nomination, and each of her releases since then  with music from Schubert to Morton Feldman, Xenakis and Tüür  has emphasized her resourcefulness. In 2013 she was named Artist of the Year at the International Classical Music Awards.

Violinist Carolin Widmann, who also directs the COE, takes an admirably brisk approach to both works, emphasising the cantabile nature of the slow movement of the Mendelssohn without any hint of sentimentality...  Stephen Pritchard
The Observer 18 September 2016