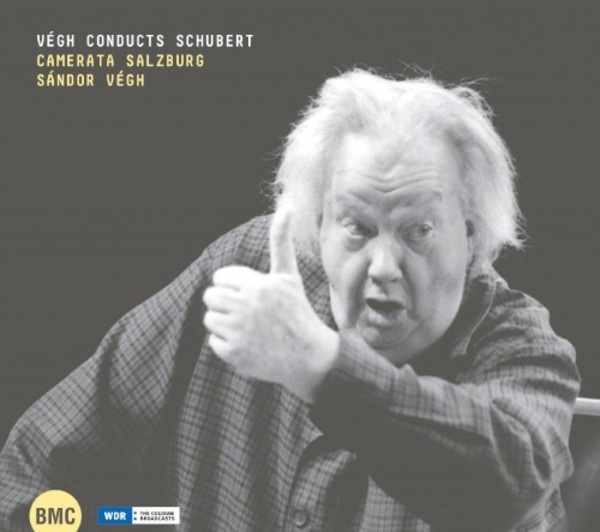 In the last two decades of his life Sándor Végh placed increasing emphasis on conducting. At the beginning of this period he was still performing as a violinist, until because of age-related joint problems he had to lay down the bow. Végh conducted the Camerata Academica chamber orchestra from 1978 right until his death in 1997. A marked feature of the Camerata sound was that the strings were usually Véghs students. This resulted in the creation of an even string sound and unity of style which was unique in its type. For me the Camerata is an instrument, and the members feel every frisson of my soul. They give me a great deal of pleasure,  said Végh in an interview.

The music of Schubert played a special role in Véghs life: he approached it with deep respect and worked painstakingly with it. The first four symphonies, composed between 1813 and 1816, have until now not been available in Sándor Véghs interpretation. This present compilation contains previously unpublished recordings that were made in the concert hall of the Cologne Philharmonic during the Camerata Academicas Schubert cycle, in which all the composers symphonies were played between 26 May and 2 June 1996.