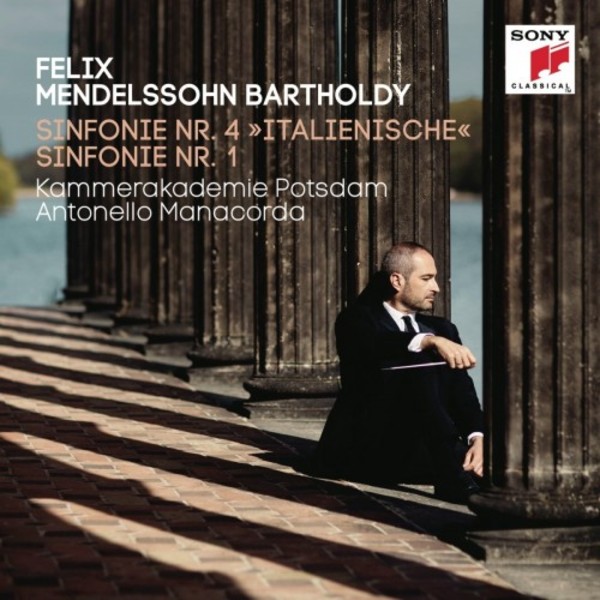 A powerful musical collective with historically informed and modern performance practice is the trademark of Kammerakademie Potsdam. Together with Antonello Manacorda, the orchestras conductor since 2010, KAP has made a name for itself with high artistic quality, stylistic interpretation, diverse programming and refreshing musicality. Founded in 2001, Kammerakademie Potsdam is the resident orchestra of Potsdams Nikolaisaal as well as the leading chamber orchestra in the state of Brandenburg. In 2015, the orchestra was awarded the ECHO Klassik prize in the Ensemble/Orchestra of the Year category for its recording of Franz Schuberts Symphonies Nos. 2 & 4.
With this new recording the orchestra and their conductor take on Mendelssohns sunny and popular Fourth Symphony, the Italian, alongside the composers energetic First Symphony, composed when Mendelssohn was only 15 years old.
In the last few years the Kammerakademie has grown into one of Germanys best chamber orchestras. - WDR
The Kammerakademie Potsdam is hilarious, with joyful storytelling and teeming with vitality. Potsdam has a sound of the highest quality. Their regular radio broadcasts and concert invitations prove this beyond a doubt. - Märkische Allgemeine Zeitung