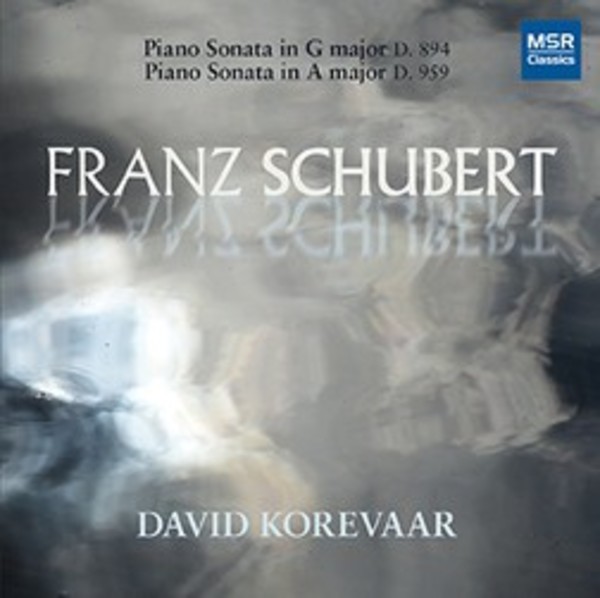 Franz Schubert is the most human of composers. With his phenomenal output of art songs and his masterful later instrumental music, his musical creations belie in number and impact his short life. Nearly 200 years after his death, these works speak to us directly and intimately of triumph and tragedy, joy and sorrow, the human condition and the most personal of matters. The two sonatas on this disc, composed in 1826 and 1828 (Schuberts 29th and 31st years), are representative of his mature style, and present an aesthetic of large form that was to have a profound influence on the music of Schumann, Liszt, Brahms, Bruckner, Mahler, and many others.

Pianist David Korevaar, whose playing has been called a musical epiphany by Gramophone, performs a wide range of repertoire, from the time of Bach to the present. He balances his active career as a soloist and chamber musician with teaching at the University of Colorado Boulder, where he is the Peter and Helen Weil Professor of Piano. Since his New York debut at Town Hall in 1985, Korevaar has performed throughout the United States, including concerts in Boston, Chicago, Washington D.C., Dallas, Houston, Cincinnati and San Diego, as well as on tours in Europe and Asia. He has been heard at major venues in New York, including Carnegie Hall, Lincoln Center and Merkin Concert Hall, and frequently performs in his home state of Colorado. International performances have included appearances in Australia, Japan, Korea, Abu Dhabi and Europe. Korevaar gave his London debut at Wigmore Hall and his German recital debut at the Heidelberg Spring Festival. He also performed and taught in Kazakhstan and Tajikistan as a cultural envoy under the sponsorship of the United States Department of State. Also a highly active recording artist, Korevaar has made numerous critically acclaimed recordings that encompass solo and ensemble literature from Johann Sebastian Bach, Beethoven and Brahms to Ravel and Hindemith. An advocate for new music as well, he has recorded works by contemporary composers, including David Carlson and Lowell Liebermann.