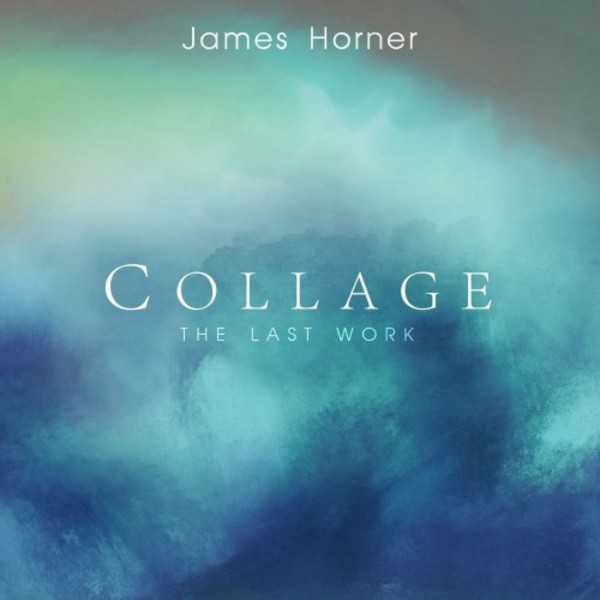 Collage is the last finished work by Oscar-winning composer James Horner, premiered and recorded under his personal supervision just weeks before his tragic accident in June 2015. It is a piece for four horns and big orchestra, featuring Horners signature lush orchestrations and wide ranging melodic lines. Its recorded by the London Philharmonic Orchestra, conducted by Jaime Martin. Collage is combined with two further world premiere recordings (Kitty Hawk and Conquest of the Air) recording by the Royal Liverpool Philharmonic with David Arnold conducting.

This album is combined with new recordings of some of his most beloved film music (including Aliens, Legend of the Fall, Iris and Wolf Totem). The recording features Norwegian siblings Mari and Håkon Samuelsen, who had worked with James over years on his double concerto Pas de Deux, as well as two further world premiere recordings. Tragically, Horner died on 22 June 2015. He was 61 years old. He left behind a legacy of some of the most influential and acclaimed music in the history of cinema and this album - The Last Work.