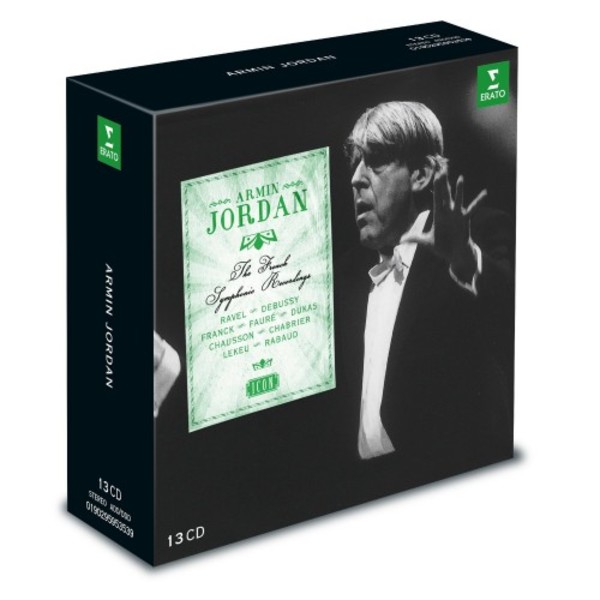 Armin Jordan (1932-2006) held conducting posts at the opera houses of Zurich, St Gallen and Basel and with the Lausanne Chamber Orchestra (1973-1985) and the Orchestre de la Suisse Romande (1985-1997). Both these orchestras feature strongly in this Icon collection, which comprises entirely music by composers of the French school, both famous and lesser-known  Debussy, Ravel, Franck, Fauré, Chabrier, Dukas, Chausson, Lekeu, Rabaud, Delage, Jaubert. The set includes a wealth of rarely-heard/rarely-recorded works alongside repertoire favourites, and among the soloists who feature on the set are sopranos Jessye Norman and Felicity Lott and pianist François-René Duchâble.
Armin Jordans son, the conductor Philippe Jordan, is music director of the Opéra national de Paris and also a Warner Classics artist. He has provided a note on his father for the booklet for this Icon box.
Included are a number of recordings of works by Chausson, Fauré, Ravel and Lekeu that have never before appeared on CD.