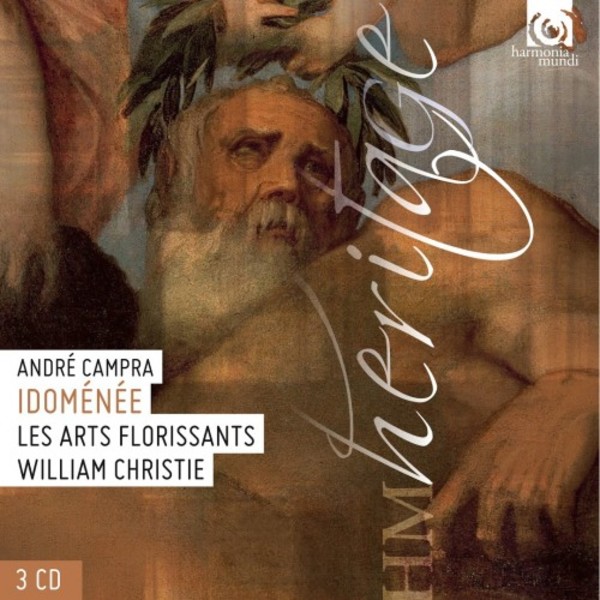 Idoménée was first staged on 12 January 1712 and ran for 12 performances that month. Then it was dropped until 1731 when, in a reworked version, it was revived; this later version was chosen by William Christie for his recording.

"I was first made aware of Campra's Idomenee by a passing reference to it in Edward Dent's book Mozart's Operas (London: rev. 1947). That was in the mid 1960s but I never thought then that I would be fortunate enough to hear a note of it, let alone the complete opera. Now we have not only a complete version but one that does justice to the music. The casting is strong with outstanding contributions from Monique Zanetti, Sandrine Piau and Bernard Deletre. Jean-Paul Fouchecourt is hardly behind them in his often touching portrayal of Idamante and Jerome Correas makes both a resonant Neptune and an awesome Nemesis.... To sum up, here is an opera which proves itself well deserving of the attention paid it by William Christie and Les Arts Florissants. For me this will not be one of those recordings which once heard, gather dust thereafter... a tempting proposition." - Nicholas Anderson, Gramophone, September 1992