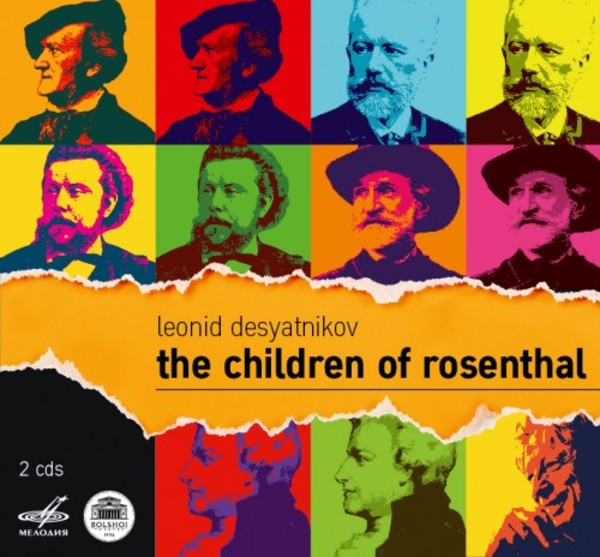 Desyatnikov - The Children of Rosenthal

The Children of Rosenthal

The Children of Rosenthal

Melodiya presents a recording of Leonid Desyatnikovs opera The Children of Rosenthal.

It wouldnt be an overstatement to say that the premiere of the opera (2005, staged by Eimuntas Nekroius) became one of the most significant events of Russian musical culture of the 21st century. It was the first time when the Bolshoi Theatre commissioned a new opera from a contemporary composer. The experiment, a result of collaboration between Leonid Desyatnikov and writer Vladimir Sorokin, left a bright footmark in the history of the countrys major music theatre.

The composer has shown his worth in very different academic genres  opera, ballet, symphony, concerto and chamber music, and yet his style can hardly be defined and arbitrarily forced into a Procrustean bed of stylistic designations unless the composer doesnt mind the term post-modernism.

The renowned music critic Alexander Matusevich named the opera a musical and stage realization of the ideas of modern culture. Its a story of five great composers (Mozart, Verdi, Wagner, Tchaikovsky and Mussorgsky) cloned by German scientist Rosenthal who fled to the USSR. The composers find themselves amidst the social landscape of post-Soviet Russia. Its a story that gives birth to a peculiar play upon styles without any direct citations and adoptions, but with numerous musical, dramatic and other analogies that are unmistakably recognizable by the listener and create a fanciful mosaic of senses with a pseudo-ironic implication.

The opera was recorded in 2015 by the soloists, choir and orchestra of the Bolshoi Theatre of Russia led by Alexander Vedernikov, a chief conductor of the theatre in 2001 to 2009.