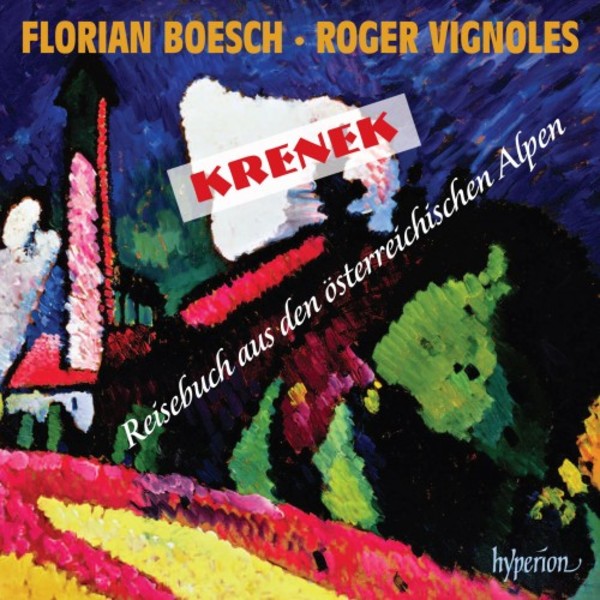 » no.1 Die schlanke Wasserlilie
» no.6 In der Ferne
» no.7 Waldgesprach

» no.1 Die schlanke Wasserlilie
» no.6 In der Ferne
» no.7 Waldgesprach

Kreneks wonderful travelogue is a real tour de force; a fusion of the remembrance of things past  the Schubertian landscape of Austria and its cultural history  with the music of the 1920s. The very special demands it makes of its performers are effortlessly negotiated by Florian Boesch and Roger Vignoles.

Ernst Krenek wrote his Reisebuch  the text as well as the music  in a few weeks in the summer of 1929, shortly after making the Alpine journey that inspired it. Though comparatively few singers have tackled it, it ranks among the finest of 20th-century song-cycles, a wide-ranging, complex work, rich in emotional and political resonances. ... Florian Boesch and Roger Vignoles gave a revelatory performance of the work at the Wigmore Hall in January 2015, returning to it in the studio last October, and it would be fair to say that Boesch has done nothing finer on disc. This is exceptional Lieder singing, fusing line, text and dynamics into an indivisible whole, all of it delivered with a conversational intimacy that is often breathtaking. ...  Its an outstanding achievement and hard to follow, but as a filler there are four early songs by Zemlinsky at his most darkly Romantic, all of them quite beautifully done.   Tim Ashley
Gramophone Awards issue 2016

Having their studio recording of this Alpine travelogue available now on CD is a real treat, and confirms Kreneks cycle as one of the great early modernist additions to the German lieder tradition. From the start, the Reisebuch aus den Österreichischen Alpen is clearly a work composed against the background of that whole tradition.  Boesch and Vignoles evoke this kaleidoscope of styles with fabulous naturalness and fierce dramatic intensity when needed. They give equally idiomatic performances of the group of four songs by Zemlinsky that are included as a fill-up.  Andrew Clements
The Guardian 2 September 2016