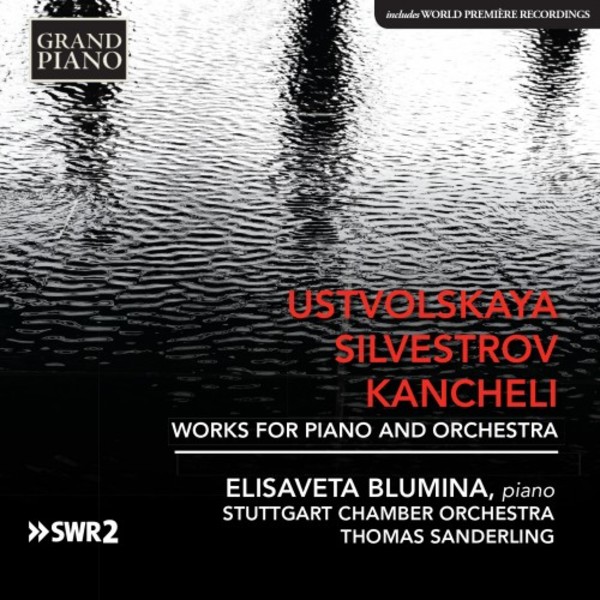 With two world première recordings, this programme highlights the Romantic and spiritual side of contemporary music from Russia and Eastern Europe. Galina Ustvolskayas early Concerto expresses a vision of beauty and suffering in a tonal language quite unlike her later works. Giya Kanchelis Sio or breeze is notable for its striking use of silence, as well as modal tunes, bass drones and wide dynamic extremes derived from Georgian folk music. Silvestrovs devotional Hymn reflects his approach to music as a song the world sings about itself. Elisaveta Bluminas acclaimed recording of Silvestrovs solo piano works can be heard on GP639.

Prize Winner of the Award Echo Classic, Elisaveta Blumina is much in demand in the most prestigious concert halls of Europe. A child prodigy, she made her concert début as a soloist at the age of sixteen with the Leningrad Symphony Orchestra directed by Alexander Polyanichko with Brahmss Piano Concerto No.1. She continued her studies at the University of Music and Theatre in Hamburg and later at the Conservatoire in Berne, with teachers including András Schiff, Evgeni Koroliov, Radu Lupu and Bruno Canino. She won the the International Brahms Piano Competition which culminated in her acclaimed recording of Brahmss Piano Sonata No.2 and Klavierstücke, Op.76. She is recognised as one of the most important interpreters of modern Russian repertoire, and her Mieczysław Weinberg recordings have won wide acclaim. Her career has taken her to venues such as the Berlin Philharmonic, Laeisz-Halle in Hamburg and Carnegie Hall in New York.