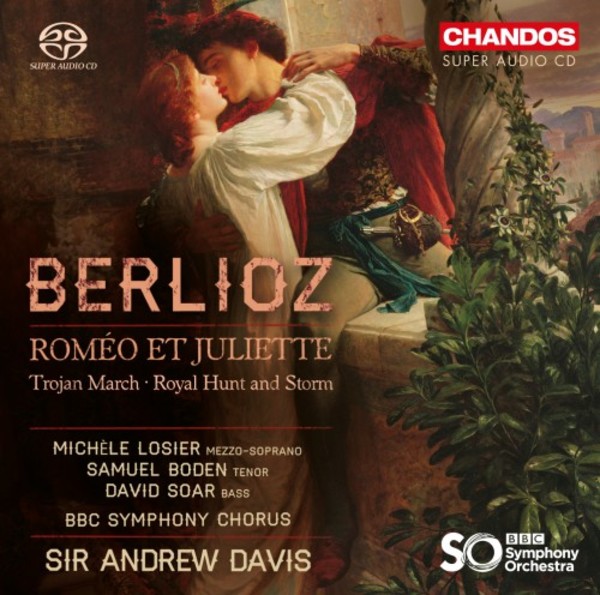 After two volumes with other top international Chandos orchestras in this Berlioz series, Sir Andrew Davis joins the BBC Symphony  where he is Conductor Laureate  for a new recording.

The highlight on this double SACD album is Roméo et Juliette, Berliozs third symphony, which draws once again on his greatest literary passion, Shakespeare, and on his own most fervent experiences.

It is coupled with two excerpts from the largest work Berlioz ever attempted, the opera Les Troyens, based on Virgil, another literary passion. Both show Berliozs orchestral wizardry, using offstage brass and drums to represent the hunters calls and the storm in the Royal Hunt and Storm and the glory of Rome in the Trojan March.

The recording follows a historic performance with the same forces at the Barbican in January: a magical revelation... that wrought shivers (Bachtrack), in which one could feel the instant rightness of the sonorous imagery Berlioz devises (The Sunday Times). The concert and recording project marks the 400th anniversary of Shakespeares death.