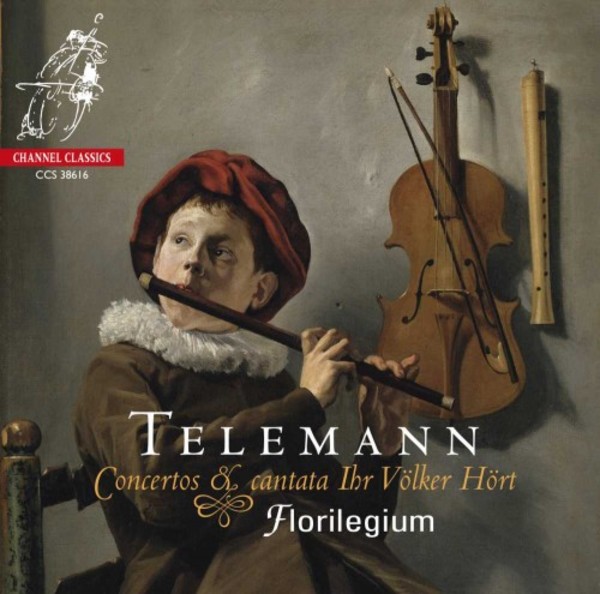 As I look back over the last 25 years of performances and recordings (our debut concert was in London on 13 July 1991) I hope and trust that we still offer our audiences the same enthusiasm and excitement for baroque and classical music that we had in the early days. Concert performances have taken us all over Europe, to the Far East and Australia and throughout North and South America. In recent years our work in the Mission Churches of the Chiquitos and Moxos Indians in Bolivia has had a much wider impact than we could have imagined, promoting a rich cultural heritage that was until 10 years ago almost entirely unknown outside of Bolivia. Our recordings for Channel Classics during this period have not only embraced mainstream baroque music but also given rise to some unique projects, which have demonstrated the mutual trust and respect we have for each other. The opportunity to propose and then record some of these seemingly crazy ideas I have had over the years has further strengthened our relationship with Channel Classics, a record company who trust its artists integrity and take a keen interest in their development and promotion.

Over the years the membership of the ensemble has naturally evolved and instead of seeing change as a weakness, I feel strongly that each new member has brought something unique to the ensemble and offered us a refreshing insight into repertoire we have known and loved for years, reinvigorating the ensemble.

With this compilation CD, which we offer together with our new Telemann Concerto CD as a special edition, we hope to share with you the diversity of our recorded repertoire to date, and allow you to dip in to many of our back catalogue recordings, giving you a snapshot of our life as recording artists. Selecting the tracks took some considerable time and unlike some of our previous compilation CDs I was keen to choose a programme of music that makes sense musically and that can be listened to as a recital rather than Florilegiums greatest hits!

In the 25 years since their formation (can it really be so long?), the Baroque music ensemble Florilegium has explored everything from JS Bach and Vivaldi, via the byways of the French and even Bolivian (!) repertoire, to Haydns London symphonies. Much of their best work has been in the music of Georg Philipp Telemann, so it is appropriate that their anniversary disc should be devoted to a further foray into his vast oeuvre. And what music it is! During his lifetime, most of which was spent based in Hamburg, Telemann was held in far higher and wider esteem than Bach, his gift for enchanting melody and imaginative instrumental colours appealing to the fashionable tastes which found Bach too old-school.

Telemanns music nowadays tends to be overlooked, squeezed out, in popular perception, by the great trio of Bach, Handel and Vivaldi. Yet just how appealing and colourful his music can be is evident everywhere on this captivating disc. The opening Concerto in E major is scored for the beguiling combination of flute, oboe damore and viola damore with strings and continuo. Its a delightful work, whose soft colours and elegant lines combine the best of Italian and French influences and even anticipate the early Classicism of CPE Bach (Telemanns godson) and Haydn.

Just as lovely is the A minor Concerto for recorder and viola da gamba with strings and continuo which follows. Here, there are even hints of the Polish folk style that crops up so often in Telemanns music, plus some gorgeous duetting between Ashley Solomon (the ensembles director) on recorder and gambist Reiko Ichise.

The centrepiece is the three-movement cantata Ihr Völker hört for mezzo-soprano (the sublime Clare Wilkinson), melody instrument (Solomon now on transverse flute) and continuo. It may be just one work in Telemanns total output of more than 1,700 cantatas, but it is completely entrancing, subtly capturing the quiet joy of the feast of the Epiphany, above all in the final Halleluja. Listen to this piece and you may well be hooked on Telemann for life.

And the same could be said for any one of the works on this recording, such as the D major Flute Concerto, where Solomon takes centre stage, and which also features some lively continuo contributions from theorbo player David Miller. The dance-like poise of the opening Moderato is a thing of wonder in itself. More differentiated is the scoring for the A minor chamber concerto for recorder, oboe and violin (like all the concertos here, it is cast in the four-movement da chiesa form), but again the playing is marvellously tender, the ensemble immaculate as ever.

As a closing offering, Florilegium squeeze in four movements from the F major Ouverture for two horns, bassoon, strings and continuo. Even in the one-to-a-part scoring adopted throughout this disc, it makes a dazzling impression, the obbligato instruments creating an exceptionally vivid depiction of a storm in the closing Tempete. Its a thrilling ending to a magnificent celebratory disc.

The recording (made in St Michaels Church, Highgate) is of Channel Classics usual demonstration quality, and there are clear, detailed notes on the music and its background from Ashley Solomon. For a limited time, the disc also comes with a fine, wide-ranging sampler of Florilegiums other recordings. All in all, its a truly splendid way to mark the anniversary of this brilliant group: long may it flourish!

Telemann uses a fascinating mix of contrasting solo instruments  matching in sonorities if not in contrapuntal skill Bachs Brandenburgs, with recorder and flute, various oboes and strings and, in the final Overture, two horns with bassoon. ... A superb disc which must rank as an oustanding buy for any Telemanniac ...  George Pratt (Recording of the Month)
BBC Music Magazine October 2016

The triple concerto for flute, oboe damore and viola damore in E major (TWV53:E1) stands out as one of the composers most beguiling masterpieces: the limpid opening Andante sounds like a serene evocation of sunrise that anticipates the mature Haydn by several decades; the soloists Solomon, Alexandra Bellamy and Bojan Čičić play with elegant finesse, and also conjure up refined melancholy in an intimately conversational Siciliana.  David Vickers
Gramophone September 2016