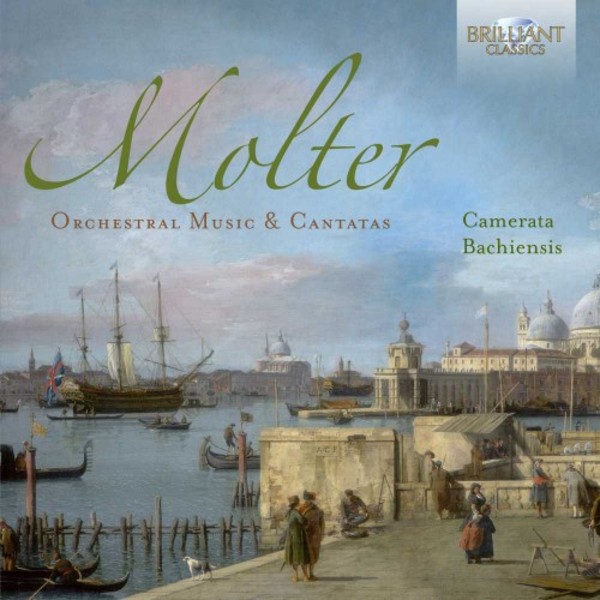 Johann Melchior Molter (1696‐1765) was a younger contemporary of J.S. Bach. The two composers were born in small Thuringian towns half a days ride away from each other, and then travelled farther afield to make their names in major cities: Bach, south to Leipzig, Molter north to Karlsruhe.

The quantity of Molters extant music as well as its relative simplicity preclude more detailed comparison with the Kapellmeister of Leipzig, but he deserves to be known for a great deal more than the odd trumpet concerto which has made his name as part of the repertoires of (for example) Maurice Andre, Ludwig Guttler and John Wallace. This album valuably redresses that balance of neglect with historically informed studio recordings of vocal and chamber music which reveal a surprisingly cosmopolitan, vivacious and inventive personality in music. Most of these works are either hitherto unrecorded or long unavailable in any other version. Thus the album is essential listening for Baroque aficionados.

The cantatas show the influence of Molters three years of study and service in Venice and Rome between 1719 and 1721 when he could have rubbed shoulders with the likes of Vivaldi, Albinoni and Alessandro Scarlatti. Most of his vocal work is known to be lost to us, making these surviving works all the more treasurable. They were evidently written for a highly talented soprano in Karlsruhe, and Molter made full use of her ability to sing long, arching lines over a broad compass and with intense characterisation. Vivaldi and Scarlatti had already set the same texts, but Molter puts his own stamp on them.

Interspersed with the three cantatas are an elaborately ornamented A major Flute Concerto, a concertante Sonata for oboe and strings and a suite‐like B flat major Overture in the Telemann model with a grand, three‐part introduction succeeded by a sequence of dances. They likely date from earlier in Molters career, before his move to Karlsruhe, but are distinguished by the galant flourish to be found in the nascent Mannheim school of composers.