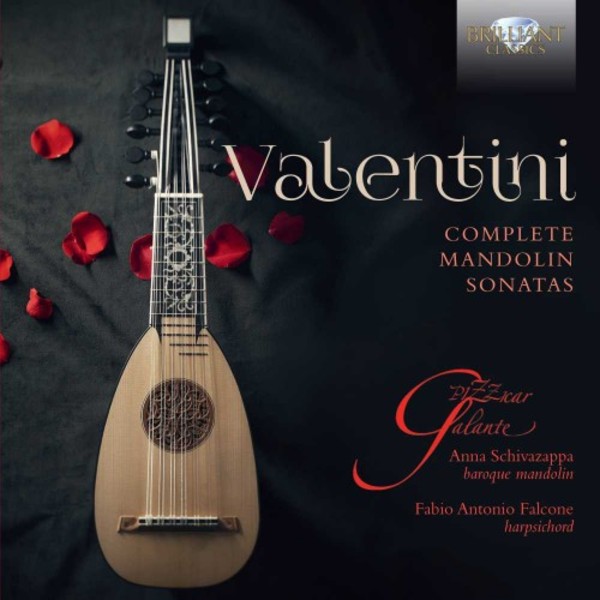 The East Midlands city of Leicester has recently come to worldwide attention thanks to a winning partnership between its football club and an Italian coach. This latest addition to the ever‐expanding catalogue of Baroque Italiana on Brilliant Classics demonstrates that the connection between Leicester and Rome goes back at least three centuries: to one Robert Valentine, who left his home city at the end of the 17th century and made a career across Europe as an itinerant musician, before settling in the Eternal City as Roberto Valentini Inglese. There he established himself as a flautist, oboist and composer. He evidently gained renown in the competitive musical culture of Rome, played in the first performance of Handels La Risurrezione under Corelli, and apparently never returned to Leicester.

Valentini died in Rome on 26 May 1747, and by that time much of his extant music had been published in the great musical centres of Amsterdam, Paris and London, as well as his adopted home. Chamber music was the focus of his activity, with starring roles not only for his flute and oboe but also the mandolin. His model in making these works may well have been Pietro Giuseppe Gaetano Boni, whose career was mostly forged in Rome until his death in around 1750.

The two collections excerpted here are of all the greater importance because they are the first of their kind. Bonis 12 Divertimenti Op.2 are all conceived in three and four movements, mostly of a suite‐like character, with sarabandes, gigues and courantes. Valentinis six Sonatas Op.12 range a little farther from the Corellian sonata template and point towards the more exploratory idioms of Handel and Locatelli. Quick movements often have a galant flavour which matches the melodramatic effects to be found in some of the Adagios and Andantes: amorosa is the telling indication for the Andante of No.2. Although it is Vivaldi who made the use of the mandolin popular in concerted music, this stylishly performed album should provide more than historical context but also a great deal of attractive listening to lovers of the Baroque.

The mandolin used in this recording is a 6 double-course Mandolino Lombardo, inspired by an instrument by Antonio Monzino (Milan 1792).

The ensemble Pizzicar Galante (Anna Schivazappa and Fabio Antonio Falcone) has already established itself as one of the most dynamic period ensembles specializing in galant music for mandolin and basso continuo and is regularly invited to festivals all over Europe and abroad.