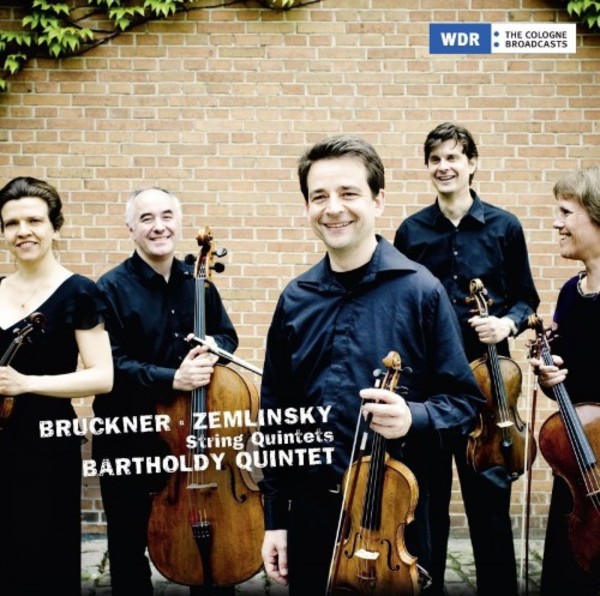 Very few permanent ensembles of five string performers can be found on todays chamber music scene, despite the fact that the string quintet genre features a number of beautiful works by the likes of Mozart, Mendelssohn, Brahms, Tchaikovsky, and Dvořák. The Bartholdy Quintet (Ulf Schneider and Anke Dill, violins, Volker Jacobsen and Barbara Westphal, violas, and Gustav Rivinius, cello) has been devoting itself to this wonderful sector of classical chamber music ever since it was founded in 2009.

With its début CD featuring Alexander von Zemlinskys Two Movements for String Quintet and Anton Bruckners Quintet in F major, the ensemble is fulfilling its desire to make relatively rare works in the genre known to a wider audience. Long before we went into the recording studio, we had already been working intensely on these two pieces; we performed them often in public, with much pleasure, recalls first violinist Ulf Schneider. For the quintet this specific pairing of works emerged organically. Each one of them represents a one-time event in the composers respective output. Although written relatively close together toward the close of the 19th century, they still obviously represent different phases in the creative lives of Bruckner, on the one hand, and Zemlinsky, on the other.

Each one of these works is outstanding in its own right: the symphonic dimension in Bruckners music, and Zemlinskys quite unusual work with a virtuoso final movement. Moreover, apart from such unique compositional traits, each of the composers had something very personal to say. That is what fascinates us the most  and as we have gone on performing them in concert over the years, we have come to love these two quintets. Their inclusion as the two main works on our first CD as a permanent string quintet was thus a matter of course.