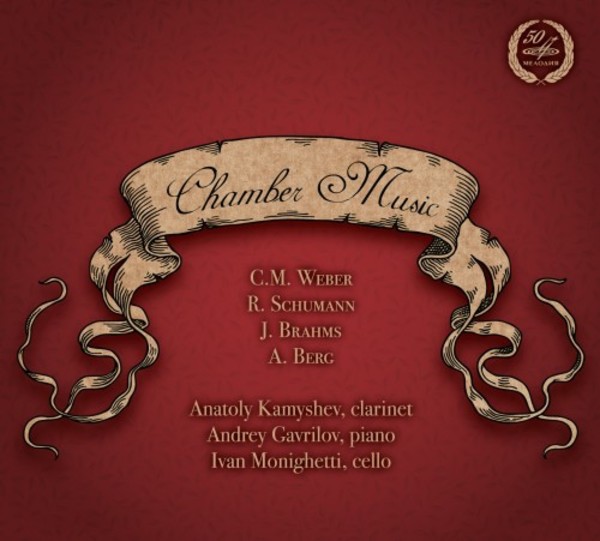 Melodiya presents a record of chamber music by German composers performed by leading Russian musicians of the 1980s.

Anatoly Kamyshev received the second award at the 1979 Soviet national contest of wind players; he was a soloist of leading Moscow orchestras, performed with solo and ensemble programmes, including a number of concerts with Sviatoslav Richter at the December Nights festival.

Another years-long friend and ensemble partner of Richter was pianist Andrei Gavrilov. After his convincing victory at the International Tchaikovsky Competition (1974, first award) he became world-famous. He performed with leading orchestras and conductors of the world, at the same time being known as an outstanding ensemble musician.

Cellist Ivan Monighetti was one of the best disciples of Mstislav Rostropovich (at the same 1974 International Tchaikovsky Competition he received the second award). A renowned master of contemporary music performance, he is also known for his interpretations of Baroque and Classical works; romantic music was also abundant in his programmes.

The romantic virtuosity of Carl Maria von Webers Grand Duo Concertant is followed by the turbulent, riotous spirit of music by Robert Schumann; then, as another facet of Romanticism, sounds the Trio by Johannes Brahms for clarinet, cello and piano suggesting the melancholy of parting  one of the composers last ensembles. The closing
clarinet pieces by the Second Viennese School representative Alban Berg, with all the expressivity of their musical language, show a solid bond with the German romantic tradition.