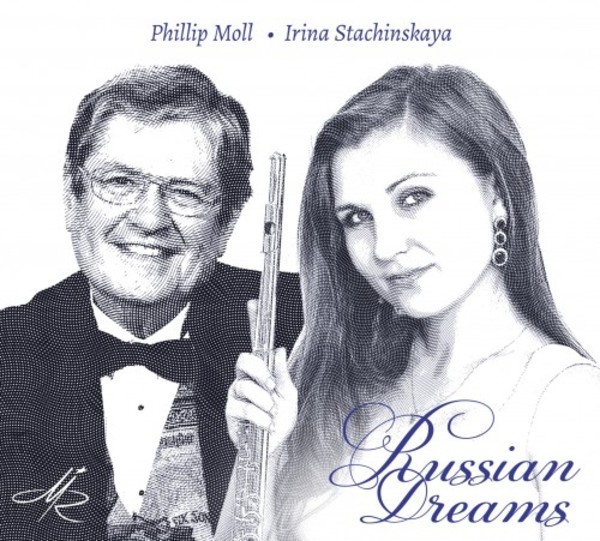 Tarantella for flute and piano

Tarantella for flute and piano

The programme of Russian Dreams is made up of works for flute and piano by Russian composers of the 20th century  Sergei Prokofiev, Vladimir Tsybin, Edison Denisov, Otar Taktakishvili and Anatoly Samonov. The chamber works are performed by Irina Stachinskaya and Phillip Moll.

As a soloist, Irina has frequently performed at Moscows best concert chamber venues with well-known Moscow ensembles such as Concertino, Eccellente and the ensemble of soloists of the Academic Symphony Orchestra of the Moscow Philharmonic Society.

In August 2014, Irina successfully debuted at the Annual National Flute Association Convention where she performed with the legendary pianist Phillip Moll.

For many years Phillip Moll has performed throughout Europe, North America and the Far East, and has appeared as soloist with the Berlin Philharmonic Orchestra, the Boston Pops, the English Chamber Orchestra, the Orchestra of Saint Johns Smith Square and the Philharmonic Kammermusik Kollegium of Berlin. In Australia, he has been soloist
with the symphony orchestras of Melbourne, Sydney and Tasmania. He has also recorded with flutist Sir James Galway and been his ensemble partner for more than forty years now.